Taylor Swift’s fifth studio album, “1989”, is spectacular. Though experimental, her transition from country to pop music sounded pro and savvy. The songs are eargasmic, crisp and expressive.

The first track “Welcome to New York” starts the voyage. Swift’s style falls gracefully in the song’s jubilant beat. Her voice is consistent throughout the song, simple, but explodes with oomph.

My ears have also let “Shake it Off” blow my mind away. The upbeat track gives my feet a pair of shoes to dance with. Lyrically, the song is for those who hate Swift, and as it says, she just shakes them off. All in all, the saxophone and lyrics’ electrocution creates a thunderclap.

Another is “I Know Places”. This song is wonderful, but is arranged intricately. However, Swift’s voice execution fits in the track. Her falsetto is clean and consistent as it dances in varying levels. The piano and pulsating mellow beats provide a stage to Swift’s voice to emerge.

“Clean”, on the other hand, reflects Swift’s soft voice quality. Her thrums and hums make me wrap a blanket around my body while watching the rain drops. The song has an exquisite tune that you want to repeat it over and over. I suggest, you listen to it when you’re alone in a crowded room.

Artistically accompanied with guitar strings, “How You Get the Girl” is also a must heard track. As Swift describes this, it is an “instructional manual for men”. So, to those who want their girls back, save a time to hear this.

The hit “Blank Space” has a special place in my heart. Swift put some deep magic in the song’s melody. Her words in the lyrics break her classic style of song writing. This enables me to see Swift’s other side of artistry and distinction.

I found “New Romantics” inconsistent. The lyrics are great, but there’s a small anomaly. The verses are in “We”, but the chorus is in “I”. However, I can forgive that since Swift’s versatility is highlighted. Swift showcases both her gossamer low tones and earth-shaking high octave in the chorus.

When you find yourself listening to the track “Style”, well, you’ll realize you have played it for many times already. The beat will give you “oh” and “ah”, and keep you wanting more. The lyrics are beautifully arranged and simple. The song bursts with Swift’s personal experiences.

“Out of the Woods” has the best lyrics for me. Rumors say that this song is about Harry Styles, basing on the lyrics. But that doesn’t make me like this song. I believe Swift has a deeper meaning about this. “Two paper airplanes flying…flying…flying.” What can you say about that? It makes me giggle, though. Musically, Swift knows how to place melody in this track. The seasoned drum beats and processed backing vocals have made the songstress’ voice sound clear and cozy.

It hurts to end this review, but it’ll be more hurtful to me, once you ignore “1989”. This pop album is a breakthrough. I personally believe that this is one of the greatest albums ever released, a compact masterpiece of love, passion and metamorphosis.

Yes, it’s experimental, but it doesn’t define the quality and class, “1989” has to offer. It introduces a new Taylor Swift, yet one thing is for sure; she can still take you to a Swift Voyage. 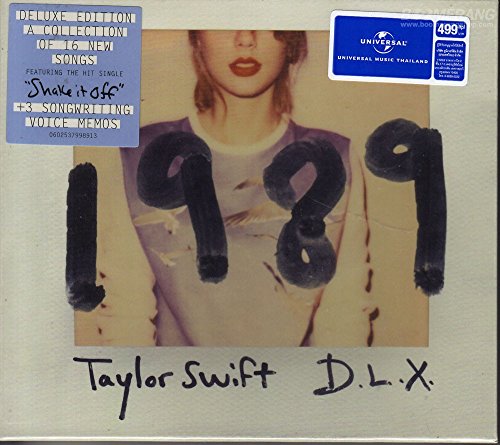 This is my first review. Feel free to comment, so that I can use it to my future reviews.