Do you remember the 1950s? Youprobably don't, but surely you have heard the music of that time. Rockabilly wasextremely popular then, and Tiger Army brings it back but with their own twist:they've combined punk and rockabilly to create psychobilly.

With the 1998release of their self-titled CD and the 2000 release of "Power of MoonlightII," Nick 13 and the rest of the band have brought the music loved byearlier generations to ours.

Psychobilly is just a modern version ofrockabilly, with a difference. Rockabilly songs were usually about love or girls(Tiger Army does cover those topics), but it also writes about death anddarkness.

Tiger Army is my favorite band for many reasons. They makeunique music that is catchy and awesome, and Nick 13 is the best singer I haveever heard. The band doesn't follow what everyone else does; they play what theylove and love what they play.

With as much talent as any rockabillyband and as much attitude as any punk band, they're certainly on their way tosuccess. They've signed with Hellcat Records, one of the best punk rock labels,and are working on a new CD. With their distorted guitar, stand-up bass anddrums, there is no doubt they'll change music as we know it. 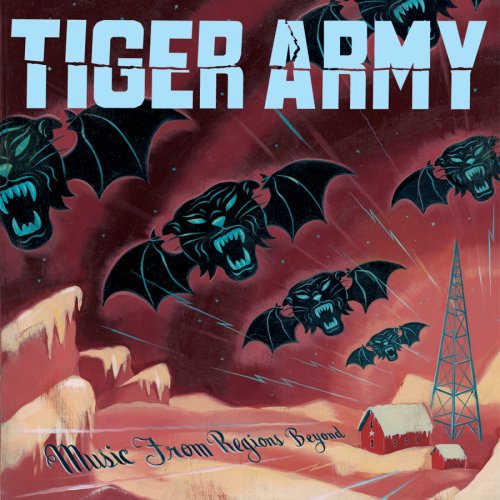