"Punk rock, is that the kind of music where kids cut each other with razor blades and knives?" Well, not exactly. Anti-Flag are back with their fifth album, "Terror State." If you have never heard them, you may be questioning their name. No, they're not always against the United States. They just have strong opinions and an awesome way of getting these across.

The catchy first song,"Turncoat," is about the President of the United States. It gets you pumped for the next one and by the time you hit track number five, you'll be rocking out.

Anti-Flag are not only good at playing music, their lyrics actually have meaning. "You Can Kill the Protester, But You Can't Kill the Protest" encourages people to get out there and protest about what they think is right. They show a different way of looking at things and make you form your own opinions. You may not agree with them, but that's not what they're trying to get you do to.

Some of the best songs on this 13-track CD are "Power to the Peaceful," "Wake Up!" and "One People, One Struggle." It's hard to pick a favorite. Overall, Anti-Flag is a great band with a good message that lets people see there is a different way of approaching things. With their awesome guitar-driven power chords and some good punk rock, it's a great album that is definitely worth your time and money. 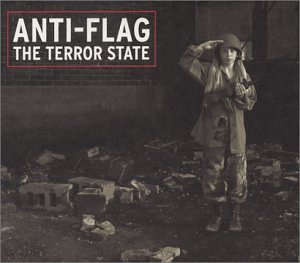 Favorite Quote:
If you cannot convince a fascist aquaint his head with the pavement-trotsky
The bourgeoisie might blast and ruin its own world before it leaves the stage of history. We carry a new world, here, in our hearts. That world is growing this minute.“ durry