High School Musical has been a Disney movie favorite for a couple years now.

The High School Musical 3 (HSM 3) soundtrack has a rock/pop sound to it. The

decisions for their future- even though they don't want to let go of high school. This CD,

released in October, sold 297,000 copies in its first week. The soundtrack has some added

bonuses: A poster of the cast inside and codes for free ring tones from the soundtrack.

previous two. I felt that this CD was of higher quality than the previous soundtracks. This

towards theatres, rather than a made for T.V movie. The characters and the lyrics have

evolved and matured. I expected a high quality soundtrack and I was not disappointed.


I liked the variety between the songs. There are some upbeat songs, an example

is: "I Want It All" by Ashley Tisdale. There are also some slower ones like, "Can I Have

This Dance," by Vanessa Anne Hudgens and Zac Efron. The latter is my favorite because

it is a slow, romantic song. After watching the movie, I knew I would love the

soundtrack. The popularity of the movie guaranteed the success of the soundtrack.


I give the soundtrack an "A" rating. It did not disappoint the fans of the previous

movies and soundtracks. Anyone who had seen any of the previous movies or listened to

the previous soundtracks would not be disappointed. Overall, it is a great soundtrack from a wonderful movie. 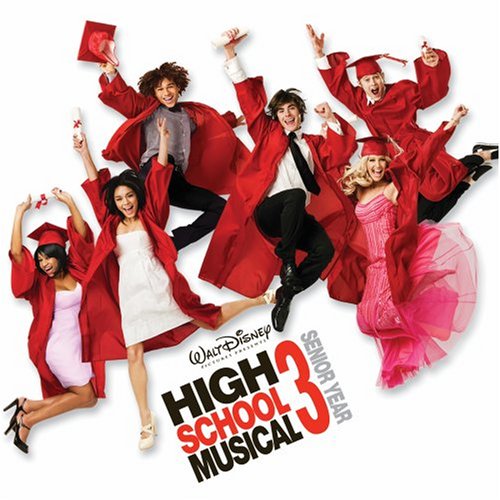