You Sound Good To Me by Lucy Hale | Teen Ink

You Sound Good To Me by Lucy Hale

I honestly don't know why people are so surprised by this. Have you forgotten the surprisingly not terrible follow-up to the Cinderella Story Selena Gomez sequel? Cormac McLaggen was not the only person who graced us with a song.

Also, let's remember that she got her start by competing and being one of the winners on the failed American Idol spin-off, American Juniors.

The only unexpected part of this, for me at least, is that she's putting out a country album. She even has a single, "You Look Good To Me", the music video of which was released on January 7th. It isn't what I expected, and I'm not sure if I absolutely love it, but the more I listen to it, the more it grows on me.

To put it in perspective, it's like someone morphed Carrie Underwood and Jana Kramer's voices. I know that sounds weird, but it's actually really nice. It's like the right combination of twang and pop to work in the country-pop market. The song itself had a very Shania Twain feel, mostly country, but still a little pop. She even kind of sings (sings, not sounds) like Shania. Which I love because there hasn't been a female country artist yet to fill in the boots Shania left behind (I mean, Carrie Underwood is crazy talented, but her voice is too big to compare to Shania. Carrie is in a category all her own).

All in all, I like it. If you like it too, you can go buy it on iTunes. 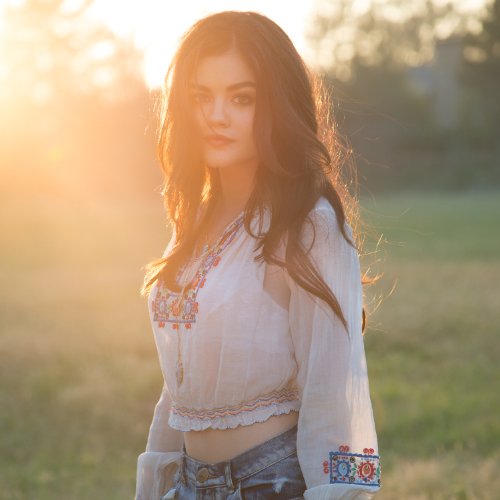