Type O Negative, the Brooklyn quartet fronted by 6'7" genius Peter Steele, struck gold (literally) in 1993 after releasing their groundbreaking opus, 'Bloody Kisses'. 'Bloody Kisses' broke through onto the music scene with a fresh, new sound never heard before. Critics may not have gotten it, but fans sure did. Type O's sound was heavily influenced by likes such as The Sisters Of Mercy, Black Sabbath, and Steele's previous band Carnivore. After releasing 'Bloody Kisses' (Roadrunner Record's first ever gold record), Type O went back into the studio to craft their next masterpiece, 'October Rust'. Many fans consider 'October Rust' Type O's greatest achievement to date. The album introduces a new member in the Type O family as Johnny Kelly mounted the drum stool in replacement of previous drummer Sal Abruscato. 'October Rust' was the first album in the band's history to include programmed drums instead of studio drums. Type O would continue using programmed drums until 2007's 'Dead Again'. Josh Silver, the band's keyboardist, and Peter Steele took the producer chair during the recording of this album and took the band to a new level they had previously never gotten to. 'October Rust' was far more melodic than any other Type O release, and included various samples and sounds that polished this album to perfection. The album only hit #42 on the Billboard Top 200, but cemented Type O Negative in the minds of metal fans for years to come. Notable tracks from this record are, 'Love You To Death', 'Wolf Moon', 'My Girlfriend's Girlfriend', and 'Cinnamon Girl'. The latter being a cover of 60's singer/songwriter Neil Young. This album is a great entrance point to the world of Type O Negative and would please many listeners who love melodic music with goth overtones and a crooning baritone-equipped lead singer. Please give this album a thorough listen and open up your mind to the eccentric world of Type O Negative. 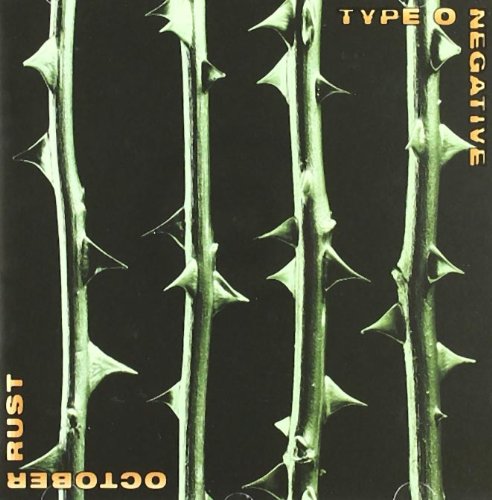 View profile
Your style is very unique and flows well. I really enjoy reading your reviews and poems.