Oh, Nine Inch Nails. What a long and colorful history you’ve had. Ever since their debut in 1989, Nine Inch Nails has trail-blazed a path of musical ingenuity, carving out a name for themselves in every music-lovers heart. Their style has always been very unique to them, crafting melodious masterpieces in nearly every album they’ve produced. And now, exactly 24 years after their very first album debuted, the group has released what could potentially be their finest work to date.

Entitled Hesitation Marks, this fourteen track beast-of-an-album defines Nine Inch Nails’ flair in every last way. Nearly every song on the album conveys some of the group’s image, and doesn’t cease in dazzling the listener with some of the most unique songs out there right now. So on that note, let’s discuss the track list.

The album kicks off with The Eater of Dreams, which is one of the most unnerving instrumental pieces I’ve ever had the pleasure of experiencing. No lyrics are present in the song, and it doesn’t even extend past the one minute mark. However, the way the song is done creates a very eerie, very entrancing vibe that sets the tone for the listener beautifully. After The Eater of Dreams, we have Copy Of A, Came Back Haunted, and Find My Way. Each of these three pieces presents their own unique flow and feel, with Copy Of A sporting some fantastic lyrics, Came Back Haunted presenting enticing melodies, and Find My Way creating memorable verses.

After this, the album spirals into All Time Low, Disappointed, and Everything. All Time Low has one of the most anomalous rhythms out of the entire album, and is easily one of more impressive tracks on the list. Disappointed does everything except disappoint, hitting home big on melody and lyrics. However, Everything seems to be a drop-off point on the track list. While every other song on the album conveys some essence of Nine Inch Nails’ style, Everything seems to branch off into an entirely different direction from what avid fans are so used to hearing. It’s not a bad song, per se, but it will definitely turn the heads of any listener when it clicks on.

Beyond this, we arrive at Satellite, Various Methods Of Escape, and Running. Satellite may very well be the best song on the entire album, with amazing lyrics, a unique rhythm and flow, and an overall vibe that just screams of Nine Inch Nails’ iconic style. The same can also be said for Various Methods Of Escape, as it hits home in every key area, and will make any true Nine Inch Nails fan gush with amazement. Running is a very minor drop-off from the previous two, not because it’s bad, but because it’s very hard to follow them up. To this end, Running is also a very good song worthy of multiple replays.

Bringing up the tail-end of the track list is I Would For You, In Two, and While I’m Still Here. I Would For You falls into the same category as Running, a finely crafted piece and another staple of Nine Inch Nails’ lineage. In Two presents yet another highly unique rhythm, and coupled with some great lyrics, is also a worthy addition to Hesitation Marks. While I’m Still Here has a much lower tone than many of the other songs on the album, and utilizes this feature brilliantly in its flow, lyrics, and overall style.

The final track on the album is Black Noise, and much as Hesitation Marks begins with The Eater of Dreams, Black Noise sends the listener off with the same enrapturing feeling. Being an entirely instrumental piece, Black Noise creates a very powerful feeling of completion, and is a perfect way to end such a fantastic album.

Hesitation Marks is yet another example of Nine Inch Nails’ brilliance in song creation. Almost every track on the album creates its own style, its own rhythm, and its own feeling, and is easily one of the finest collections of music you can get anywhere right now. Of all the masterpiece albums Nine Inch Nails has made, Hesitation Marks may possibly be at the top. Simply put, you want this album. 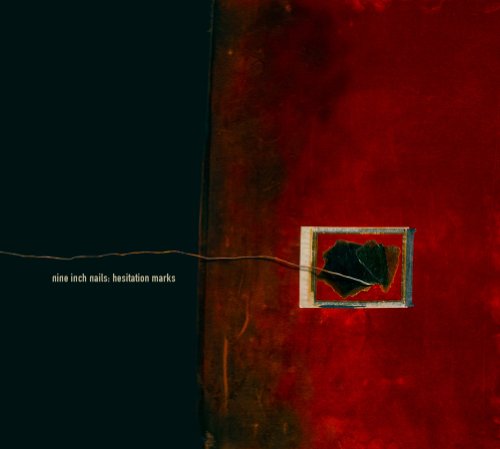 View profile
I can't wait to hear it! I've been listening to them more and more lately ^_^