I think this album would be good for everyone because it was ICPs album that started it all. The horror/ hardcore rap albums combination of circus sounds and psychotic laughing and shrieking, with old school style beats and featuring other Detroit rappers Kid Rock and ESham make it a great album. The lyrics are all about wickedness, horror, carnival freaks, and sexual themes. Basically doing what insane clowns do. In my option I think it a good album. It's not my favorite though. I just think their older music is better than most of the new because it was more insane and carnival like than their resent albums. The album didn't really mean anything to me except the begging of Insane Clown Posse and the juggalos/letts(there fans). That's what its basically saying in the intro I think. In the intro it talks about a cloud covering the country and all these people with painted faces running around screaming. Like joy has overtaken them, and some sort of force guiding them to an unknown destination, like something's going to happen and it has. There are thousands and thousands of ICP and other Psychopathic Record artist fans that would come from other stats and even another country to go to a gathering of the juggalos(a 4 day concert event). And it all stated with this album. 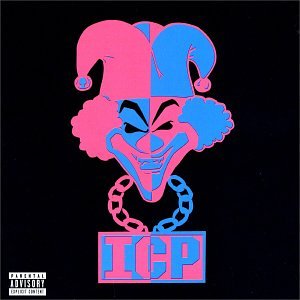