Gears of War: Judgment by Steve Jablonsky and Jacob Shea

In the video game world, there are a series of games called Gears of War, which takes players into a dark, violent world where nothing is as it seems. Accompanying these games (after the first) is the music, which is composed by Steve Jablonsky, who is known for his work on Transformers and Battleship. With the Gears series, he creates a dark and intense masterpiece, infusing emotion with brutal action.

In the most recent Gears installment, Judgment, Steve teams with newcomer Jacob Shea to compose something different. Judgment is faster-paced, more brutal, but captivating none the less. Combining rock music tones with synthesis, the soundtrack for Gears of War Judgment is a great addition to any soundtrack lover's collection, and a must-own for anyone of the series. Hopefully this is not the last we see of Steve's music on the Gears franchise 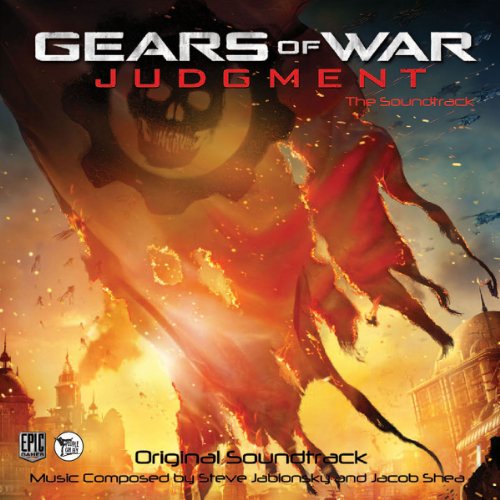 
Buy from Amazon Available on iTunes
The author's comments:
A Dark, Intense, and Brooding Score
Post a comment
Submit your own