"A River Flows in You" by Yiruma | Teen Ink

"A River Flows in You" by Yiruma

With delicate and beautiful notes that fit perfectly in place, Korean pianist, Yiruma, sends chills up my spine and electrocutes every part of me. His sad but graceful song, “A River Flows in You,” begins and ends by conjuring emotions from the inner-most depths of my heart. At times sweet and slow but becoming stronger as the song progresses, it represents the epitome of love and what loving someone actually means. Instead of plucking on the strings of the keys, he is directly yanking at the strings of my heart. Even though I did not remember ever letting him in, he somehow snaked in with his music, read my emotions flawlessly, and played me the perfect song at the perfect time. It is truly amazing.

Known as Yiruma to the world of classical music, Lee Ru-ma was born on February 15, 1978 in South Korea. At the tender age of five years old, he had ventured out to discover his meaning of what music was in the form of piano. From then on, his legend had begun. Beginning with his first album, “Love Scene” in 2001, Yiruma displayed his talent to all of Korea, shattering his old image and building a new him quickly. Everything went uphill after that, as he released album after album such as “First Love” and “Oasis and Yiruma.” Performing at different halls such as the Young San Art Hall, his name dashed at high-speeds to the top of the piano world. His most famous songs, “Kiss the Rain,” “May Be,” and “River Flows in You,” that are part of the “First Love” album.

Before he left the stage in his worldwide concert tour, “The Best,” he conveyed a message to all of his fans, “I hope that my music doesn't separate from your lives. Instead, I want it to be with you always, as if it’s the background music to your lives.” He exited the stage with a wide smile as all his fans stood in an uproar of cheers and sobs after his stunning performance. His words, as if they were a blessing or a mystical spell, ring true. All of the songs I hear from him, no matter what time it is, play in my life as if they were actually the background music. After its huge outbreak when “A River Flows in You” appeared in the hit movie, “Twilight,” Yiruma’s popularity exploded overseas and into several other countries. However, what charmed me was not “Twilight” or the love scene between Bella and Edward but the unique, modern playing style that belongs only to Yiruma. His style is the one that had me bursting into tears in the middle of the movie.

When I first heard this song, I honestly had no intention of crying at all for it is not of my nature to weep over such petty things. However, no matter how much I willed myself not to become emotional, once the chorus came on, my knees buckled and I could not hold my tears in. Though it was only the keys of the piano I heard and Yiruma himself did not say a word, I was rendered to a state of rubbing my eyes to stop the never-ending flow of tears. It was a magical experience that pulled out so many different memories from me. He did not tell me anything or even make a sound in his videos but I wondered how I knew exactly what he was trying to tell me. I couldn't help but call it a spell that Yiruma casts on every single one of his songs. It’s indescribable and leaves me wracking my brain for the right words to say.

During an interview after Yiruma’s concert at Hoam Art Hall, a fan, patting at her puffy eyes with a tissue said, “There was never a concert or album release where I have not cried. It feels like he is pouring his soul into each and every song he makes…and it’s all for us.” Her friends nodded in agreement as they smile through their tears. Perhaps it is the way we interpret what he plays. It could be known as a song of simple parting with a trusted individual or the depressing time after a rough period of life. However, I believe that this is definitely a song of love. How loving someone begins slowly and your feelings are dormant, but as the song progresses, it becomes faster and more passionate, just as love does as time goes on. At the end, you encounter this moment of realization that you are in love. That moment is soft and slow and you wonder why you didn’t notice it earlier. It summarizes the quick pounding of your heart and the fluttering feeling you get all in just four minutes.

Yiruma summons so many emotions at once in you. Your heart swells up with past experiences and so many different thoughts that you end up breaking down. It makes you remember that bittersweet feeling of being in love and what loving somebody really feels like. It showcases the nervous feeling you get or the heart-clenching feeling that comes with it. It is like falling asleep under the warm rays of the sun but also like walking in the cold rain alone. The bottom of your heart feels prickly but butterflies dance the waltz in your stomach. Yiruma directly whispers in your ears and reminds you that love can be forever…you just have to search for it. “A River Flows in You” made me remember that moment with all the times I had and left me in tears. There are really not enough words in the world to describe this song that says so much but does not say anything at all. 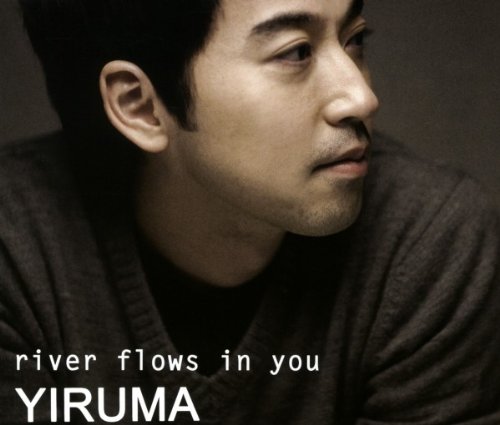 View profile
Vicki, I absolutely love this review! Not only does it clearly present your opinion on a unique style of music, it is phrased beautifully and flows very well! Amazing job!
limabean2240 SILVER said...
on Oct. 25 2012 at 7:10 pm
limabean2240 SILVER, Brooklyn, New York
8 articles 5 photos 2 comments
View profile
Hi Vicki! It's Winnie. I like your article!