The Punk Princess is back after a time gap of three to four years with her much awaited album, “Goodbye Lullaby”. The hit maker who has previously made millions of feet tap to the beats of block busters like ‘Girlfriend’, and ‘Happy Ending’ had a lot of expectations to rise up to and as far as I’m concerned, she did a brilliant job with that. While most of her previous albums including Let Go and The Best Damn Thing consisted of an occasional hitch and a carelessly sung and unworthy song put in between, Goodbye Lullaby is one album with every single song heartfelt and amazing. The entire track listing was revealed last December. While a majority of the songs in this album are slow and dramatic which is quite contrary to Avril’s style of singing as she’s better known to cater to the crowds of younger generation, a reflection of the previous ‘Girl next door’ image is seen with a few of her songs which are both a mirror image of how diverse her singing is. This new album is like a breath of fresh air for it is relatable and reflects on her past life, her divorce from husband Deryck Whibley and her new-found maturity.
The first single ‘What the Hell’ which was released last year is a reminiscent of Lavigne’s previous works like ‘Sk8erboi’ and ‘Hot’ while ‘Smile’ is more on the rock side with beats that will have you grooving and lyrics that will make you crack up. Other songs like ‘Push’, ‘Wish You Were Here’, ‘I Love You’ and ‘Everybody Hurts’ show her vulnerable side; her past relationships, break ups and how she managed to move on after coming across all the turmoil and tumult that she had to face. Next comes ‘Goodbye’ which is like a theme song to her album ‘Goodbye Lullaby’. Although the lyrics to this song aren’t all that impressive but both the video as well as the style of singing of that song are incredible.
Lastly included, is the single ‘Alice’ from the movie ‘Alice in Wonderland’. This song isn’t officially a part of the new album and has pretty well a reason not to be. Not only does the song have lame lyrics but also features Avril blasting off her vocal chords for no reason whatsoever which will have you grappling for the remote control to put the volume to mute before your ears explode.
Although the album has been cited as the ‘Worst of Lavigne by far’ and has failed to match the initial success of ‘Under my Skin’ and ‘The Best Damn thing’, I think that a few of this album’s songs are far better than the ones on the previous albums.
It’s just that maybe Avril Lavigne has started to lose her previously gained publicity in the wake of new and emerging artists like Taylor Swift that Goodbye Lullaby failed to electrify the audience -as much as it used to- this time round. 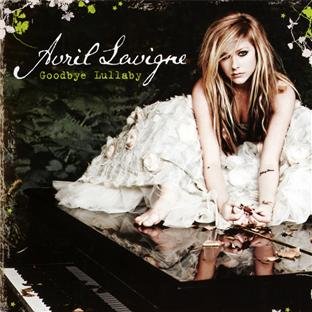 
Buy from Amazon Available on iTunes
The author's comments:
Avril Rules.. I highly recommend this album; my personal favorite is Smile ;)
Post a comment
Submit your own