It is the warmest Saturday in recent weeks. I am clutching several bags in one hand while henna dries on the other, trying not to smear it in the crush of bodies crowding Lark Street. As I near the end of the street and approach the stage set up there, I suddenly can’t stop my foot from tapping. The crowd becomes thicker, everyone trying to get closer to the speakers (so close that I can’t say I’ve seen the band in person; the man in front of me was too tall). No one is really dancing, everyone just jumping up and down in an effort to express the way the music that’s pouring out onto the block makes them feel.

The band onstage was Harper Blynn, the song, “Loneliest Generation,” was the title track from their first album. For their first album, Harper Blynn seems to avoid getting caught up in labels (they are listed under the genre of “Awesome” on their band page). Instead, they just play great music in whatever style they choose. Slow, sweet songs that will tug at the heartstrings of girls (and guys) across America like “Steal Your Love” mix with more rambunctious, rebellious tracks like “Loneliest Generation” to form an album that is surprisingly cohesive.

The band gets off to a slightly rocky start with “25 Years,” a song that would work fine anywhere else in the album but is forgettable as an opening track. The music only gets better from there, though. Offbeat, fun songs like “Centrifugal Motion” are situated perfectly between two slower, more personal melodies. The acoustic tunes and honest lyrics of songs like “The Doubt” and “All Pretenders” call to mind any local starving artist-type who has ever sat down on a stool with their guitar on an open mic night and touched the hearts of everyone in the room. Lyrics like “Maybe we’re all lost in who we though we were” and “You were meant for so much more” pull in listeners, mirroring things we all remember feeling. Songs like “Luck Struck Kitty” just show how well the band makes their sound work. It’s not often that you see a funk/rock/acoustic song that actually sounds good. The 5 minute, 30 second-long “It May Be Late” is a better closing song than “25 Years” is an opening, but it does drag on a little long, even for fans of their music.

Despite the rocky start and drawn out end, Harper Blynn’s debut album will have everyone “Stand[ing] up for the loneliest generation.” Their next project, a self-titled, self-produced EP is out this month. 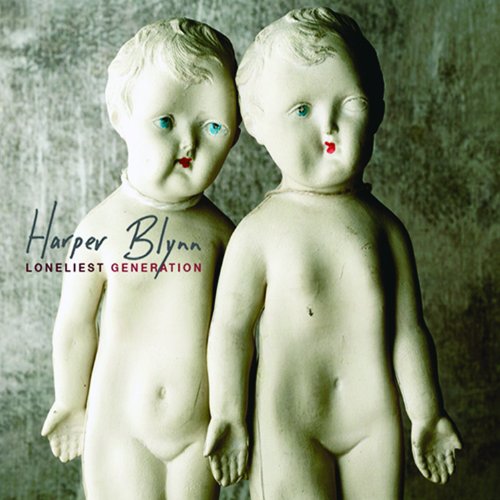