Favorite Quote:
Baby You Can Brusie Me But You'll Never Break Me <3

“If I wasn’t here tomorrow, would anybody care?” starts the song “Would It Matter” by Skillet, off of their 8th album “Awake.” Skillet is a Grammy-nominated Christian rock band originally formed in Memphis, Tennessee, in 1996. John Cooper and Ken Steorts started Skillet after their other bands split and their pastor encouraged them to start a side-project. Being that each member was from different genres of rock it was like throwing it all into a skillet, which is what they decided to name the project. At first the name Skillet was just a joke and still is to this day to John who says he doesn’t like the name. Skillet has had a few past members but the current line-up is, John Cooper (lead vocalist, bassist), his wife Korey Cooper (rhythm guitarist, keyboardist, vocalist), Ben Kasica (lead guitarist), and Jen Ledger (drummer, vocalist). Skillet has released 8 CD’s; Skillet (1996), Hey You, I Love Your Soul (1998), Invincible (2000), Ardent Worship (2000), Alien Youth (2001), Collide (2003), Comatose (2006) and Awake (2009). Collide and Comatose were both nominated for a Grammy, but sadly did not get it.
Most people, when they think of a Christian band, automatically think “Oh they are going to shove their beliefs down my throat.” But that’s the amazing thing about Skillet: they don’t do that. Yes, their songs are about God, but he is hidden in the songs. For example, the song Hero (off Awake) is about the fact that God is their hero but the way it is written it can also be about, a fireman, a police officer or even your loved one. With Korey and Ben’s screaming guitar riffs, John’s and Jen’s amazing vocals and Jen’s hard drum beats, Skillet is definitely a band for everyone, Christian or not. No, your ears will not bleed when you listen to Skillet, but a tear may be brought to your eye. If you haven't checked out Skillet yet, I highly recommend it. You wont regret it. 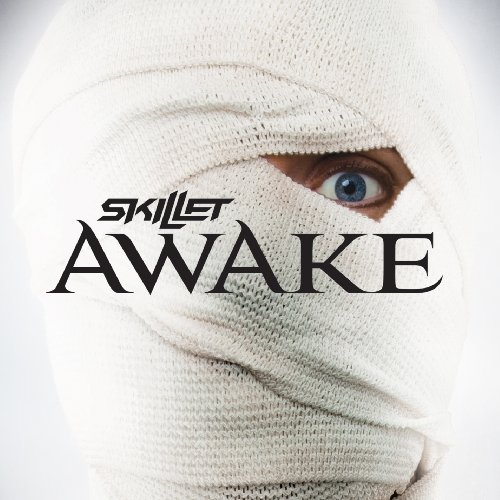 
Buy from Amazon Available on iTunes
The author's comments:
I had to write a review for a class, I did mine on Skillet because they are one of my favorite bands and it just seemed perfect. And plus it gave me an excuse to listen to them during class!
Post a comment
Submit your own