Regina Spektor is known for her exotic anti-folk music with simplistic yet effective lyrics, and her broad vocal range. She also is easily distinguishable by her Russian accent and a voice that's rich as cream. A beautiful piano player, she is as good live as in studio. However, her new album, “Far,” has disappointed some fans.

One thing that makes Spektor special is her many odd songs and her air of eccentricity. On “Far,” some of her songs are offbeat and quirky, but others seem more directed toward a mainstream audience, which really leaves us craving more.

There are some standouts, including “Eet,” “The Dance Anthem of the ྌs,” “Laughing With,” and “Folding Chair.” One thing that makes Spektor so unique is her use of various vocal ticks, whether a trill or an imitation of dolphin noises. This is what makes her album so wholesome and purely fun.

“Laughing With” and “Human of the Year” are beautiful piano ballads, with her sultry voice headlining over piano chords, and “Folding Chair” is a bouncy, carefree jingle.

There's no question that Spektor is very talented, as can be seen in absolutely any of her songs. The album's greatest fault is that it lacks some of the qualities that set Spektor apart from other female musicians.

Though “Far” is far from what fans desire, it will finally give Regina some of the credit she deserves. There are enough little flashes of our favorite old Regina in here, and when you find her, the whole album is worth it. 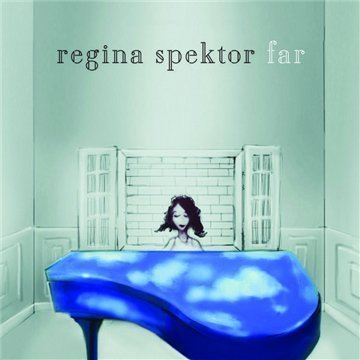 
Buy from Amazon Available on iTunes
The author's comments:
I write reviews for forthesound.com
Post a comment
Submit your own