German band known has Tokio Hotel has stormed the world since the began in 2001. However, they have only been known in the United States from 2008, but they are loved by many fans. The lead singer(Bill Kaulitz) and his ten minute older twin( Tom Kaulitz) started the band together in their hometown Madgeburg with bassiest Georg Listing and drummber Gustav Schafer. Hitting the top of the charts from 2003 with Dunch Den Monsun and Rette Mich, they continue to do so with their english songs Automatic and Monsoon. Their junior album, Humanoid, just released in October has been mentioned and praised on E!news, the View, and the Jimmey Kimbell Show to name a few. Their biggest tour in the world called Humanoid City will take place in Europe starting in February. It is known there will be lots of magic, power and a bit of fire. I wish i could see it, but if any can, do so. This band is amazing and you have to hear and see to believe. 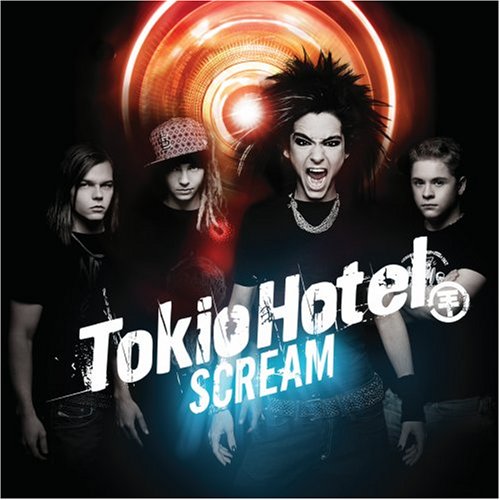 Favorite Quote:
"Laugh as much as you breathe and love as long as you live"- unknown

Favorite Quote:
Kick The Darkness Till It Bleeds Daylight, Not Mine, But I Love The Saying....; When life gives you lemons, throw them at other people and yell "Make some stinkin lemonade!"; Otay!

View profile
I absolutley love Tokio Hotel... Okay, Bill... I  am a big fan of his and am hoping to meet him someday. There music is great. Each song touches your heart. Some of the greatest songs you need to listen to are: Don't Jump, World Behind My Wall, Forgotten Children, Monsoon, and Love and Death. I love EVERY SINGLE SONG. But these would have to be the ones that really get to me!
sgalaska said...
on Jan. 18 2010 at 12:38 pm
You are a great fan. As soon as they come to perform in the USA, I will take you to see them.
OlenkaOMg GOLD said...
on Jan. 16 2010 at 10:47 am
OlenkaOMg GOLD, Mooresville, North Carolina
17 articles 0 photos 3 comments

View profile
ahh thank you! i reall appreciate it! i also would love to see what you have written!
Irisana said...
on Jan. 15 2010 at 9:36 am
Olenka you're such a great writer...I agree with you, a lot singers and bands famous in Europe are a lot of times not known in the United States...well done..