The Fray- The Fray | Teen Ink

The Fray- The Fray

After their smash hits “Over My Head (Cable Car)” and “How To Save A Life”, the music world anxiously waited for the sophomore release of the Soft Rock/Alternative group The Fray. Straight out of Boulder, Colorado, the four quietly collaborated on their new album, and as anticipation mounted, finally, the single “You Found Me” was released.

But I calmly waited, until the release of the album to really get my feel for their music. As soon as I popped in the cd into my stereo, something screamed “yes” to me. “Syndicate” broke through the speakers, with a soft piano beginning, and suddenly, Isaac Slade’s beautiful lyrics leaked, blending into the soft, yet upbeat background, bringing the song from average to amazing with the addition of raw lyrics of love and loss.

The single, “You Found Me” creeps through the speakers with a mix of a bittersweet emotion. It moves quickly, but with an intensity that stirs you, talking about keeping faith in the hardest of situations, with a perfect blend of his brash and crooning, yet soft voice, over the classic piano and guitar cake mix. You can’t go wrong.


As you get deeper into the album, you’re classic mix becomes shaken, providing more raw, hard- hitting lyrics, deeper metaphors and more of an experimental sound, providing the kaleidoscope of emotions and perspectives. “Enough for Now” talks from a “looking through a snow globe” perspective, about a father and his daughter. It bleeds like a new cut, with pain and reflection, bitter and happy memories.

“Ungodly hour” Begins with soft acceptance, of love lost, “I am short on words, knowing words that could, and she begins to leave because of me. Her bag is now much heavier, I wish that I could carry her. But this is our ungodly hour.” Addressing the moment of breaking, of a heart broken, and ultimately, bringing it down to Earth in a style that only The Fray could do.

Finally, to wrap up the already super album, the guys show us one last glance of their many different faces. “Happiness” begins with purely acoustic guitar, and suddenly with the first croon of Isaac’s sorrowful voice, you’re curious, wanting more. It’s a song for the understanding and wise, or the ones looking for wisdom, full of paradoxes from the first “Happiness feels a lot like sorrow” to “Gone for now, feels a lot gone for good”. But in reflection, the song is a masterpiece in its own right, summing up the album with perfection, like dessert after a fulfilling meal.

The Fray stayed within the boundaries of a Coldplay- style place, but left the comfort zone and into the stratosphere lyrically. And with a blend of classic cool and individuality, The Fray set the bar a little higher for soft rock acts everywhere, with their homemade lyrics and natural sound, its nothing to frown on. In a world of fake, The Fray gives me hope that some still care about the music and not the material. 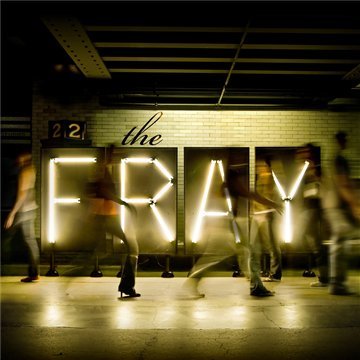 View profile
well, im not a superfan of heavymetal, I really loooove some metal songs, but others are just noise to me... I hope adam lambert does a bunch of metal songs, he'd be AWESOME!!!
Writerzhand GOLD said...
on Oct. 1 2009 at 5:49 pm
Writerzhand GOLD, Ball Ground, Georgia
16 articles 0 photos 30 comments

View profile
That's why I love them, they're not what you hear everyday.

View profile
i like all your posts, and have found from profiles that we are very much alike. i love the fray, and thank you for going deeper than "they have pur-ty voices" lol
anonymousfish BRONZE said...
on Sep. 5 2009 at 2:34 pm
anonymousfish BRONZE, Wentzville, Missouri
2 articles 1 photo 57 comments

View profile
I like the fray. they aren't a heavy metal band, but that's the emotion i get when i hear their songs..