In 1972, it seemed like all the cool, rich kids in California were gathering in each other’s basements to play music and fall in love with each other. A soft, slow, and easy listening music wave from California was like a hinge that turned the country’s way of thinking upside down. Among the rich-kid faces, one of the most famous music influencers was a young man named Jackson Browne.

When Jackson Browne released his first record, Saturate Before Using, in 1972, the SoftRock Craze was in its flower-dizzied climax. Saturate Before Using was decorated to look like a sack of water carried throughout the California desert. It contained a raw and wild assortment of hippie songs that are still very beautiful today. While most people know Jackson Browne only for his hit songs, “The Pretender,” and “Running on Empty,” he got his start with two special tracks from this album, “Doctor My Eyes,” and “Rock Me on the Water,” that summed up the change from the 1960s to the 1970s. More than that, they are intensely personal and use vivid poetry.

“Doctor My Eyes” is about a person in despair who has become world-weary and “cannot see the sky.” He is begging — “Just say if it’s too late for me.” A driving piano background fires up the senses. Its energy, verve, and cheerfulness distract from the song’s morbid subject matter. The person in the song has hardened himself, learned to see “the evil and the good without crying,” and now he can no longer find beauty or hope in the world. Without feeling pain, he cannot feel anything good either. The question is hard — is it worth it to have a life of depression and distress if that’s the only way to see beauty? Can beauty only be seen on a background of pain? Will you actually regret having not grieved enough at the end of your life? “Is this the prize for having learned how not to cry?”

“Rock Me on the Water” is a lyrical masterpiece about going down to the sea in the face of the apocalypse. It combines Biblical references with hippie words. “When my life is over, I’m going / To stand before the Father/ But the sisters of the sun are going / To rock me on the water now.” It seems like it was written for the hardships of 2020 and 2021, with lyrics like “You’re lost inside your houses, there’s no time to find you now — while your walls are burning and your towers are turning, I’m going to leave you here and try to get down to the sea somehow.” All the key changes at the end give the effect of waves crashing on a beach. It is about unity, hope, spirituality, and idealism — themes that soon became rare in Browne’s increasingly depressing songs.

Spirituality is also the theme in “Song for Adam.” It is about Browne’s friend who committed suicide by jumping off a building in India. The violins and the funeral slowness of this piece are jarring and tear jerking. Browne used a Biblical play on words by saying, “Now the story’s told that Adam jumped, but I’ve been / thinking that he fell,” (the Fall of Adam is described in Genesis 3). In his grief and loss, the singer finds out how fragile he is and how short his days are growing. “I'm holding out my only candle / Though it’s so little light to find my way.” He compares life to “a song that’s growing fainter the harder I play / That I fear before the end I’ll fade away.” The loss of Adam sets off a falling-domino reaction that means despair for all human beings everywhere.

Browne ends the song by saying regretfully, “I hope I’ll get there, but I never pray.” Perhaps the death of his friend makes him see that his life is spiritually bankrupt — and there’s nothing he can do to change it except keep going in the dark.

“Looking Into You,” is raw and startlingly mature as well. A soft piano ballad with heavy lyrics, it is about going back to his childhood home and facing the fact that everything has changed — and not for the best. The song’s barely-disguised meaning is about the hippie subculture of the 1960s. Browne’s house symbolizes hippie idealism that dies and fades away into oblivion. “And I looked into the faces all passing by / It’s an ocean that will never be filled / And the house that grows older and finally crumbles / That even love that cannot rebuild / It’s a hotel at best, you’re here as a guest / You’ve oughta make yourself at home / While you’re waiting for the rest.” Saying that love cannot rebuild a house was a death sentence for hippies’ hopes and dreams. Browne describes “the great song traveler passed through here / And he opened my eyes to the view / And I was among those who called him a prophet / And I asked him what was true.” This is probably a reference to Bob Dylan or the Beatles, whom many 60s kids worshipped. “Looking Into You” sums up the 1970s “Me Generation” philosophy — "...the distance has shown / How the road remains alone / Now I’m looking in my life / For a truth that is my own.” No more Woodstock festivals or crowded rock concerts for peace could bring people together now. Truth belonged to individuals alone.

“My Opening Farewell,” is a slow, sentimental ballad. It has a wonderful guitar and wonderful lyrics that sadly describe the end of his relationship with a woman. “There’s a train every day leaving either way / There’s a world, you know / You got a way's to go/ I’ll soon believe, it’s just as well / This is my opening farewell.”

“A Child in These Hills” is an obscure track that is as purely “hippie” as a song can be. Browne is the child in these hills — the Hollywood Hills of Southern California. “Chased from the gates of the city / where no one had touched me / I am away, I am alone / I am a child in these hills / and looking for water / and looking for life / Who will show me the river / And ask me my name?”

“Something Fine” is sweet, soft-sounding, and offers beautiful imagery. “Under the Falling Sky” is a funky and finger-snapping change from the heavy and morose tracks on this album. The singer is urging a girl that he calls a “warm and lovely mystery” to abandon her past and give herself to him and be his lover. It isn’t much more than 70s barroom music, but it has some good lines — such as, “Our shadows wake each day, though they don’t know why / They hope and try, live and die.”

“From Silver Lake” is a long, complicated story about Browne’s hippie friends. It is weird and complex because it has a counter-melody at the end. Both melodies can’t be listened to at once. Even though the multilayered, gibberish lyrics are frustrating, and the song makes no sense, it has a feeling of wistful pain and loss. “He won’t be back / And the sun may find him sleeping / In the dust of some ruin far away / He won’t be back.”

“Jamaica Say You Will” is a beautiful piano ballad set in the 19th century in a small seaside town. Water references beautifully connect this piece with “Rock Me on the Water.” It begins, “Jamaica was the lovely one / I played her well / As we lay in the tall grass / Where the shadows fell.” Lyrical progression builds up to an immortal last chorus — “Jamaica, say you will / Help me find a way to fill / These sails / And we will sail until / Our waters have run dry.”

Saturate Before Using has shortcomings, like all albums, but it is still a hundred times better than most things played on today’s radio. All of these songs are carefully and lovingly worked together in a graceful and seamless way; they seem interconnected. Saturate Before Using contains valuable messages about human nature that outlast its early 70s audience, and we can love and relate to them today. 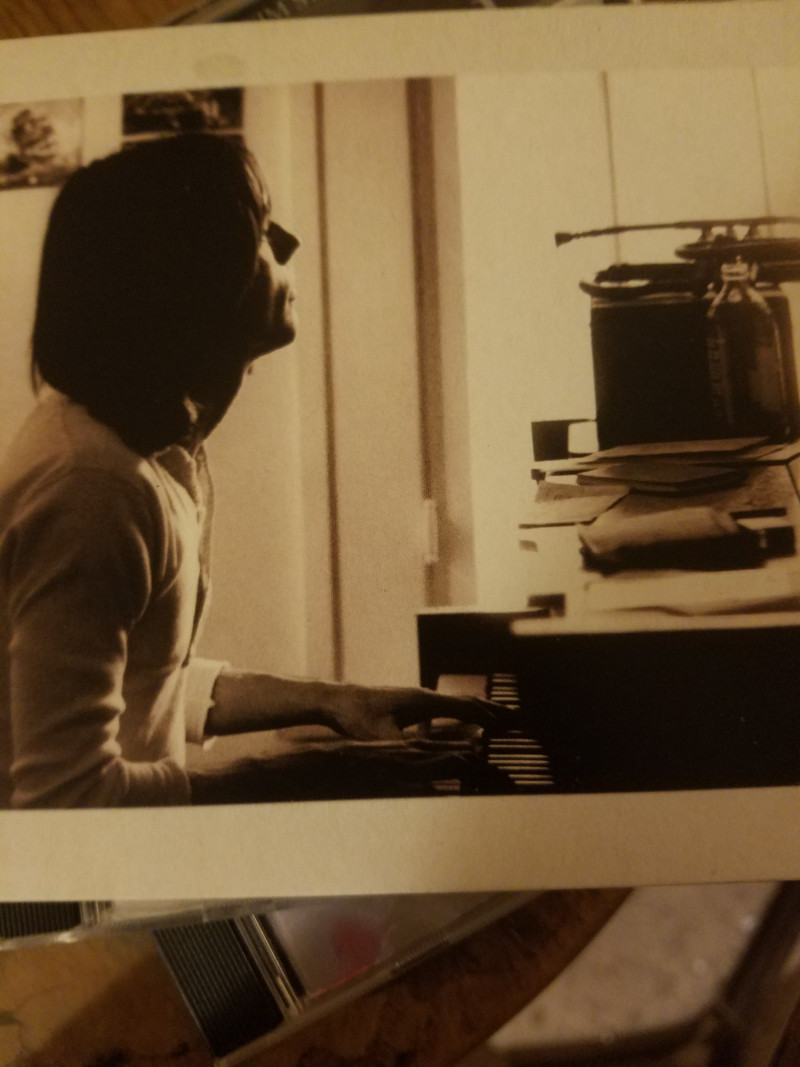 I reviewed this album but left a track out and my ending was poorly edited, so this is an altered version of my piece. Please disregard my first review.