The White Stripes aren’t exactly known for their subtlety. However, even when compared with all their other abrasive garage-blues-punk releases, “Elephant” still stands out as their rawest, darkest, and most physically jolting set.

Kicking off with the relatively radio-friendly hit “Seven Nation Army,” “Elephant” then proceeds to blast its way through every single level of gritty sonic experimentation imaginable, whether it’s the fast-paced “Black Math,” the rapidly tempo-changing “There’s No Home For You Here,” the seductive “In The Cold, Cold Night” (voiced by drummer Meg White), the extended tense blues jam “Ball and Biscuit,” and the unfairly overlooked gems “Girl, You Have No Faith In Medicine” and “The Hardest Button To Button;” the latter of which is the most hilariously dysfunctional family life tune since the Ramones’ “We’re A Happy Family.”

Admittedly, as one might expect from such a gleefully offbeat album, “Elephant” does occasionally have its slightly weaker moments, especially the poor “Heart-Shaped Box” rewrite “You’ve Got Her In Your Pocket,” the dull part-spoken-word trudge “Little Acorns,” and the cloyingly cutesy closer “Well It’s True That We Love One Another.” However, despite these minor flaws, “Elephant” is, without a doubt, one of the most uniquely entertaining garage releases – albeit one that’s virtually off-limits for casual listeners. 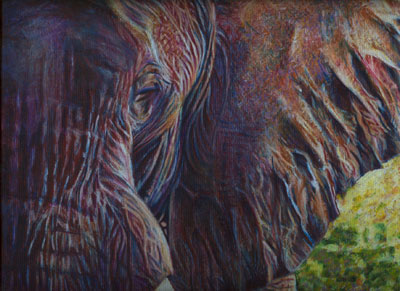