To avoid deportation, a strict boss bribes her assistant into marrying her. A three-day-stay with his family in Alaska is part of the chaos that ensues.

The Proposal is naturally clever, and begins with the curt Margaret Tate, played by Sandra Bullock, at odds with the only force more willful than she: the American government. After her visa expires, she risks being hauled out of the country, even if “It’s only Canada!” And so she turns to Andrew Paxton, her terrified assistant editor, played by Ryan Reynolds, where in a moment of genius, she devises a plan on the spot to have a sham wedding (and quickie divorce after) in order to keep her coveted job at a publishing company. In return, Andrew will finally get published the book he’s been writing, and a pricey promotion on top. All they have to do is pull it off in front of all of Andrew’s family and friends, and a questionable federal officer.

The film plays a little too easily into the mean-woman-boss trope, whose entire moral of the story revolves around her being taken down a peg, where she belongs. Without friends, family, or mercy, Margaret is the comedic extreme, ridiculously detail-oriented and cutthroat at the office. And while she’s funny, it would still be nice to see a woman who “made it” without discarding her entire social, personal, and emotional well-being in the process. Andrew, played ridiculously hilariously by Reynolds, has been at this job for three years, and is petrified of his boss. He can’t seem to catch a break, and now, risking prison, fines, and familial shame if this does not boil over well, finally gets the chance to supply those snappy one-liners he’s been holding back, to his boss, as equals. The result is a pair of bickering “lovers,” who jabber like an old married couple before they’ve even said their vows. The tables turn, further, when they visit Andrew’s family as fiancés: Margaret discovers Andrew is some kind of “Alaskan Kennedy,” where all his family’s businesses around town make their home a cozy fortress. Gradually, the ice wears off between the two of them, and Margaret and Andrew learn things that humanize each other. Andrew faces pressure from his family to take over the sprawling family empire, and stop “playing around” with his job in New York in publishing. Margaret doesn’t have any, having hardened out of necessity after her parents died when she was 16.

The ending might be obvious, but is still entirely watchable, as their chemistry bubbles over a frantic three-day weekend. There are roiling scenes of Bullock and Reynolds insulting one another sweetly, utterly insincere, out of earshot of unsuspecting friends and family. There’s an uncanny truth to it: love's not perfect. And there’s the theme of who you love, who you keep close--Margaret realizes in mounting horror that the Paxtons are all about family, and she will crush Andrew’s mother and peppy grandmother, played by Betty White, if she reveals their love is not true after all. But as feelings change, and people change, it’s an unbelievable ride to the pavilion, er, barn, where they get married. Or will they? That’s the proposal... 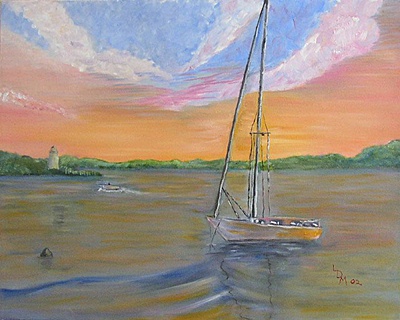