It was New Year's Eve, and I decided to end 2016 by watching something that I had my eye on for quite some time before now. Ever since the announcement of Disney Pixar's "Moana", I've been eager to see it, the teaser trailer really catching my interest. I didn't get to see it when it came out Thanksgiving 2016, so I decided to watch it with my boyfriend in the theater, to end the year off right.

I want to start off with the soundtrack, as it, of all things in the movie, truly stood out to me. "Moana" has a very well-thought out the soundtrack, you can really tell they put a lot of love and care and patience into making each song appealing and special. There are numerous songs I found "radio-worthy", such as "You're Welcome", "Shiny", and "Where You Are". It's been a while since I've seen a musical or movie with songs I truly and honestly enjoyed.

The visuals were nothing less than stunning! Pixar has come a long way since "Finding Nemo", which still has very beautiful visuals. Somehow, "Moana" has some of the best CGI and animation I've ever seen in a movie. The hair moves realistically, and Pixar strikes again with people saying, "The water never looked so real!" I know water is a pretty hard thing to animate, and Pixar succeeds once again at improving their water physics and even the shuffling of the leaves in the trees. It all looks so real and makes the entire world feel as if it's a living, breathing creature. It's magical.

I also want to point out the designs of all the characters and the objects around the universe of "Moana". Everything is incredibly detailed, to the point where if I were to watch the movie again, I would see something new in literally every scene. Moana is a beautifully designed character, with her outfit, and perfectly cast voice actress, Auli'i Cravalho, who is a Pacific Islander, and she says the movie represents the Pacific Islands perfectly and beautifully. Back to design, specifically with the objects, at the end of the movie, during the credits, there is a slideshow full of extremely, realistically detailed objects that were presented throughout the film. It is like fan-service and really had me in awe at some point while gazing upon the real-looking items.

I would like to end my review by talking about the story the film is telling you. There are obvious morals through the film, and all of them are, surprisingly, taught very well. I actually found myself thinking about them days after seeing the film. The story is very original and feels as fresh as the ocean does look refreshing. The movie never seems to grow too slow, or too fast, and is well-paced, so that just about anyone can follow along and never get lost. It certainly is an all-ages story, although it can get a bit dark as some points. There is serious conflict, loss of loved ones, and even some intense action. Even with all of that, it makes the story more entertaining, and even realistic. I wouldn't want the tale to be told any way differently.

If I were to rate "Moana" from one star to ten stars, I would give Pixar's "Moana" 9 stars.

It is one of the best films of the year (my personal favorite film of 2016 being Kubo and the Two Strings), and I highly encourage you to see it, especially if you enjoy action, adventure, and beautiful animation and music. Thank you so much for reading my review. 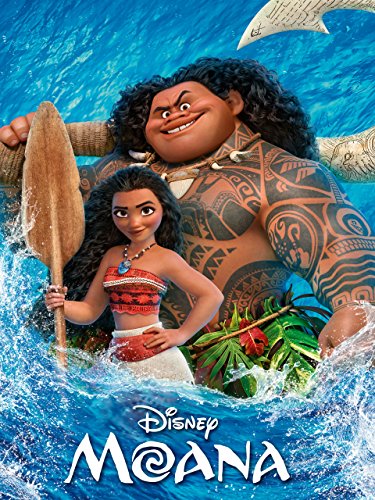 After watching "Moana", I was almost immediately inspired to do a review on it. I wanted to get my opinion out there as soon as I could, so I could help people understand a bit more about the film, and even consider it a little bit more.