Times are changing. After the world watched Mystique (Jennifer Lawrence) stop the metal-wielding Magneto (Michael Fassbender) from putting a bullet in the president, mutants aren’t a secret any longer. But as the remaining X-Men return to their ordinary lives, something ancient is awakening. Older, perhaps, than civilization itself: the first mutant ever born, En Sabah Nur emerges from the heart of Egypt. When he rediscovers the world, he is outraged by false idols and gods, determined to make a world where only the strongest survive. He gathers four followers: one of which is Erik Lensherr, once Magneto. Erik’s hopes of a normal life are destroyed when his family is murdered. It’ll be up to Charles Xavier (James McAvoy), Mystique, and a new crew of X-Men to stop the oncoming apocalypse--before it’s too late.

Over the years, X-Men has built up an impressive repertoire of films--from the original trilogy, X-Men, X2, X-Men: The Last Stand, to a whole slew of films revolving around Hugh Jackman’s Wolverine. Recently, a new generation of X-Men has more or less replaced the older cast. Starting with X-Men: First Class, the clever time-mashup that followed, X-Men: Days of Future Past was the ultimate crowd-pleaser that blended together both worlds. At the heart of the film, of course, was still Wolverine. Hugh Jackman’s lovable portrayal of the feral anti-hero has continued for more than fifteen years.

With X-Men: Apocalypse, expectations are high. Fan favorites duly return in their younger forms, such as Jean Grey, played by the Game of Thrones-famous Sophie Turner, Tye Sheridan as Cyclops, and Alexandra Shipp as Storm. One thing director Bryan Singer got right was casting the new generation--it’s thrilling to see them on screen. But with references to past (or future?) films on the X-Men timeline, and a handful of flat jokes, the problem with Apocalypse is it doesn’t add much to the franchise. The movie feels dense, weighed down by characters with wasted potential. The origins of Jean Grey and Cyclops’ relationship, for example, has very little substance at all. For all the myth and history tied into the storyline, like the Four Horsemen and En Sabah Nur’s origins, Apocalypse had the chance to be something huge. Instead, it’s squeezed between lengthy filmography and recycled lines. The movie looks cool--and that’s about it.

And that’s a bummer, since the film is a visual feast. Stuffed with visual effects from the 70’s, the villains also get an upgrade. Olivia Munn debuts as the mutant Psylocke, who has teleporting powers, and Ben Hardy is Angel, an arrogant winged vagabond. Kodi Smit-McPhee portrays a younger version of Nightcrawler, the religious blue creature who’s more angel than Angel himself. Oscar Isaac, by now known for Star Wars, Ex Machina, and several successful indie films, plays the biggest baddie of all. Granted, En Sabah Nur looks incredible, in intricate metal garb and a shadowy voice. But Isaac’s acting prowess is wasted on a face. Like Guardians of the Galaxy’s Ronan (played by Lee Pace), the bad guy isn’t memorable. Even returning icons McAvoy and Fassbender aren’t enough to save the plot. Charles is once more the saintly believer, and Erik falls for the dark side. Nothing is added to their conflicted relationship, the same way the film adds little to the franchise. The apocalypse didn’t happen after all. 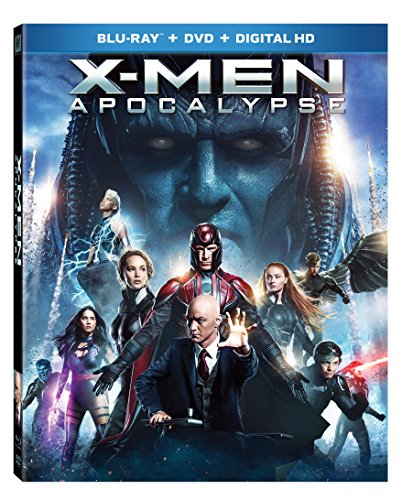