Favorite Quote:
Life is a journey of a thousand miles that must begin with one single step.

“We’re not saying that we can change him because people don’t really change. We are just saying that love’s a force that’s powerful and strange. People make bad choices if they’re mad or scared or stressed.”

This is a very enjoyable story about a princess named Anna who just wanted to be loved, ever since her older sister, Elsa began to shut her out because of Elsa’s ice powers. It showed that true love is really from family, not from the first guy you meet.


Frozen was directed by Chris Buck and Jennifer Lee in partnership with Disney in 2013. It is an animated family film, which contains various musical numbers with comedy and fantasy. This movie was made for the whole family, to show how true love doesn’t exist and that family will always love you because they are the people who can thaw a frozen heart.


Frozen was a very sweet story about two sisters, Elsa and Anna that lost their parents when they were very young. But there was something that Elsa had that Anna didn’t, and that was ice powers. On Elsa’s coronation day those powers got revealed to the whole kingdom of Arendelle and since Elsa the Snow Queen did not know how to control her powers, she fled to the north mountain to be herself. Later her young and innocent sister Anna left prince Hans (the evil man whom Anna was in love with because of the day she bumped into him at the dock she thought he was gorgeous) in charge, to go and see Elsa. She later met a man named Kristoff, and he helped guide her up the mountain. When she got to Elsa she accidentally got struck by Elsa’s powers in her heart. She had returned to Arendelle weak and cold. That’s when Hans told her about how he wanted to marry into the throne and how she was so gullible to say yes to his marriage proposal just like that. In the end, the two sisters were reunited afterwards and realized that they didn’t need a man to be happy, that they just needed each other. “She froze my heart and only an act of true love can save me. A true love’s kiss. Oh, Anna if only there was someone out there who loved you. What, you said you did. As thirteenth in line for my own kingdom I didn’t stand a chance I knew I would have to marry into the throne somewhere. But what are you talking about. As air Elsa was preferable of course but no one was getting anywhere with her and you, you were so desperate for love that you were willing to marry me just like that, I figured that after we married I’d stage a little accident for Elsa. Hans no, stop. But then she doomed herself and you were dumb enough to go after her. Please. All that’s left now is to kill Elsa and bring back summer.” From that part I realized that family will always be more important, and that you should always listen and respect the opinions of your family.


The message mainly is that a woman does not need a man to feel loved and to be cheerful. An example of this could be, “Anna, but she froze your heart. The only frozen heart around here is yours.” Another message is to always be you, as “the wind is howling like this swirling storm inside. Couldn’t keep it in, heaven knows I tried.” I, agree with how the author states that you should always listen to family and not to a complete stranger who may seem kind, but is not. For example, “You sacrificed yourself for me. I love you.” The negative message that I disagree with was to see how sinister Hans was, and how him along with the Marshmallow Monster wanted or had to kill somebody. In like manner, “All that’s left is to kill Elsa and bring back summer.” In addition to the moment when the Marshmallow Monster goes after Anna, Kristoff, Sven, and Olaf, as he yelled, “don’t come back.” It is to show that those who you meet will not always love you, because they might be looking for something else. I would recommend this movie because it has many positive messages for the whole family.


This film is family oriented made with teens in mind.  It teaches about values, respect, acceptance, and love for our families. It also shows the importance of listening and supporting each other for the benefit of all. In addition it has a powerful message about being careful around strangers and to differentiate between people who really love you and accept you as you are and people who say to you “ l love you” , but in reality they are just trying to use you. If Anna would have gotten married with Hans, he might have gotten rid of Elsa and then Anna so he could rule the whole kingdom of Arendelle. There are several similes and metaphors in the song, let it go, such as, “it’s funny how some distance makes everything seem small and the fears that once controlled me can’t get to me at all!” This story shows real life situations that happen every day such as loving guy you just met, believing that it is true love and then not listening to your family when they say that it is not right. Now I ask you, what would you have done if you were in Elsa’s position? 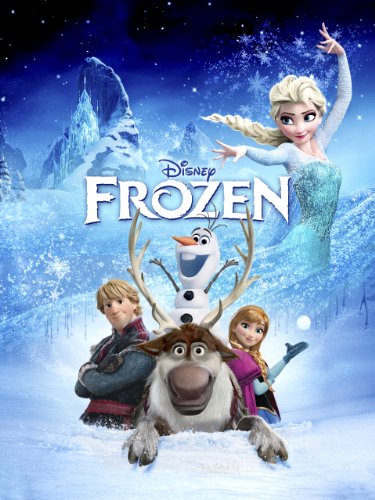