The Minions, best known from the hit movie Despicable Me have taken the internet (and the world) by storm. You can’t even check your facebook without coming across a post containing one of these yellow, overall-clad, goggle-wearing creatures- and I’m not going to lie, they’re adorable. So adorable, in fact, that Universal Studios and Illumination Entertainment have decided to make a movie that is completely centered on them; Minions.

Minions, also referred to as The Minion Movie, tells the story of how exactly the minions came to be. It starts off as a documentary would be, narrated by the amazing Geoffrey Rush, finally giving these quirky little characters a backstory. It shows them evolving, from single-celled organisms to the weird, pill-shaped little…whatever they are...today, the sole motivator they have for existing being to serve the “biggest, baddest master” they can find. From the mighty T-Rex to Count Dracula, the Minions have sought out the evil-est villains they could find, determined to serve them. And although there were an abundance of evil masters to serve, the Minions were determined to serve on the biggest and baddest.

After their most recent master; Napoleon Bonaparte forced them into exile, the Minions grew increasingly depressed without an evil villain to serve. It was then that one brave Minion named Kevin decided to step up to the challenge of going out into the world and finding his tribe a master. Aided by the ambitious, childish Bob and the laid-back, guitar-playing Stuart, Kevin leaves the Minion tribe, determined to bring his tribe back the best, most evil villain he can find.

(What really confuses me is the Minions lack of gender. They all have male names; Bob, Kevin, Norbert, Stuart…are there no female Minions? And if not, how do they reproduce? Are they asexual? Are they immortal? Do they ever age? Because if they have been around since the dinosaurs existed, either they’re millions of years old, or there’s got to be a way they reproduce.)

Their journey eventually leads Kevin, Bob and Stuart to the heart New York City (this is centered during the nineteen-seventies, mind you.) where they hear about a top-secret meeting of the world’s most dastardly criminals happening in Orlando, Florida: Villain-Con. The Minions set off to Orlando (eventually hitchhiking with a charming family of bank robbers heading to Villain-Con as well) It is at Villain-Con where they meet Scarlet Overkill; who they decide is the most evil villain there. Scarlet ends up taking Bob, Kevin and Stuart back to her home in England, where she sends them on a mission to steal the Queen’s Crown. However, when their mission goes horribly awry, Bob, Kevin and Stuart have to face the wrath of Scarlet, who is determined to rule all of England.

Minions is a hilarious, well-developed film that is perfect for all ages. The loveable characters of Bob, Kevin and Stuart and the comedic plot will hold the attention of any kid, while there are cultural references throughout the entire movie that will make parents laugh as well. (Such as the Minion’s renditions of The Monkey’s Hey Hey We’re The Monkeys and Singing in the Rain’s Make ‘em Laugh) From the minute the Minions start to sing the iconic Universal Pictures theme to when Bob, Stuart and Kevin finally bring their tribe to their evil master (who isn’t who you’d expect), you will fall in love with them all over again. Their (mostly) nonsensical jabbering and quirky attire is something you can’t not love, and the way each one of them exhibits their own personality will captivate movie-goers, old and young. (Though it really does fascinate me how you can make three little minions who look pretty much identical seem so different from each other) The Minion Movie is cute, fun, and if you need a good laugh, I suggest you go out and see it right away. 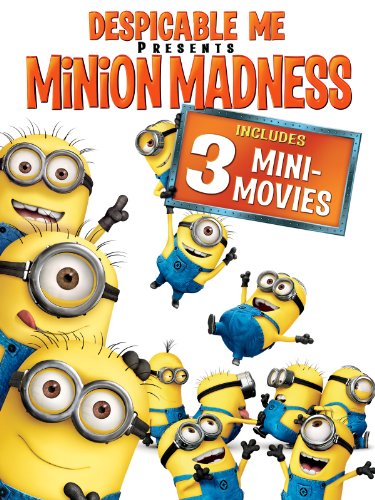 View profile
Minions is trash 0/10 never watch again.
Jtatsu PLATINUM said...
on May. 7 2016 at 1:13 pm
Jtatsu PLATINUM, East Brunswick, New Jersey
26 articles 0 photos 77 comments
View profile
Personally, I didn't like the movie very much, but if I had not watched the movie, you probably would have convinced me to watch it. Nice job! My only complaint is that you might have spent too much time summarizing the movie rather than actually giving your stance on the movie and reviewing it.
shset22 said...
on Jul. 27 2015 at 3:05 am
great article , by the way , it makes more sense that minions are immortal , as Norbert (an idiot minion who can't even cover himself properly) is seen both in the beginning and the end of the movie , and not only that , they are extremmely resilient , nothing seems to leave any lasting damage on them , they remind me of the tardigrades survival capabilities , especially nuclear blasts and living in space (the antigrav minions from the first movie)
N.R.Anon PLATINUM said...
on Jul. 26 2015 at 10:15 pm
N.R.Anon PLATINUM, Ayer, Massachusetts
21 articles 0 photos 7 comments