Mythology is the eighth show that Celtic Thunder made. It's a show with a bunch of different song styles in it from old Celtic songs till rock songs from modern times. It stars Emmet Cahill, Colm Keegan, Keith Harkin, Ryan Kelly, Neil Byrne, and George Donaldson. They sing a mix of songs from ensembles with all of the members to solo songs for each of them to duets. For this show the group decided to go back to their roots and performed at the Helix in Dublin where they performed their very first show at. They filmed Mythology back in 2012. This was a "secret" show. Meaning that they had to keep everything that they did for Mythology a secret from picking the songs to the actual filming.


In the beginning of the production they had all of the guys gather around and taking their suggestions on what they wanted to sing for the show. Some of their solo songs include " Danny Boy by Emmet," " Carrickfergus by Ryan," "Life With You by George," " Summer in Dublin by Neil," "Tears of Hercules by Keith," and "Katie by Colm." And some of the ensembles include "My Land," "Rocky Road to Dublin," "Voices," and "Turning Away."


This is my favorite show of Celtic Thunder that they ever did and probably always will be. When they toured with this show that was also the first time that I saw them and met them. I loved all of the stage lighting, their clothes, the song choices, how they sang, and the music. Also, for the show the musical director David Munro changed the arrangemets around for the song "Carrickfergus" because Ryan was in a hospital during a coma not knowing if he'll ever since that song and David wanted to change the song to make it more somber and for that reason the song is more special to Ryan than it was ever before. 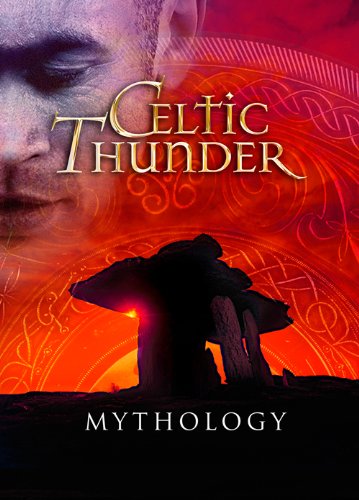 This show has a very special meaning to me.