Meet Bill Marks. A middle-aged man boarding British Aqualantic Flight 10 from New York to London, alcoholic, divorced, and has a fear of flying. Pretty normal guy. The only thing that separates him from the rest of the passengers is that Bill is an undercover U.S. Air Marshal just doing his job.


After take-off, everything is normal. That is until Bill starts receiving texts from an unknown number. Not only is this person breaching a secure network, they also know too much, but this person is more than smart; they’re deadly serious, too.


When Bill receives a threat that in every twenty minutes someone on board the plane will die unless one-hundred fifty million dollars is wired to an account, he doesn't know quite what to make of it except the fact that it’s still a threat. He confronts his fellow Air Marshal, Jack Hammond, if he’s been texting him, but when Bill looks through Jack’s texts and finds them clean, Bill is left to wonder who is texting him. Bill then asks for the help of Nancy, one of the air attendants, and Jen, the woman who sits in the seat next to his.


Using surveillance video, the trio look for anyone who is responding to the texts Bill sends out to them. When Hammond is suspected, Bill confronts him and ultimately ends up killing him when Hammond pulls a gun. After twenty minutes are up, it seems like the threat has been dealt with until Bill gets another text. If Hammond wasn't the guy texting Bill, who was? What’s worse is that Bill is believed to be hijacking the plane he’s trying to save. Who is Bill able to trust anymore?


Brace yourself for a hair raising, dangerous edge-of-your-seat encounter from take-off to touch-down. This Clue in the sky will leave you breathless until the end. As twenty minutes winds down, the only questions you’ll be wondering are who is the mastermind behind it all, who’s the next target, and how will it all end? 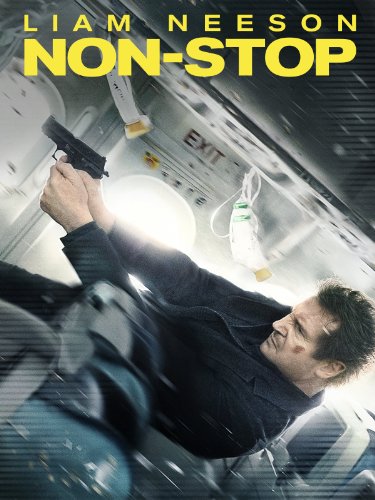 Liam Neeson makes a great cop. One of the best male actors out there.