Into the Woods | Teen Ink

Stirring all the great fairy tale stories into one grand musical event, Into the Woods follows their stories and as they slowly—and often hilariously—intertwine. Due to a once gorgeous Witch’s curse, the Baker and the Baker’s Wife are cursed to be without child. But she offers them a chance to redeem the curse, if they gather the right ingredients: a cow “as white as milk,” a slipper “as pure as gold,” a cape “as red as blood,” and the hair “as gold as corn.” Needless to say, soon the likes of Cinderella, Jack and the Beanstalk, Little Red Riding Hood, and Rapunzel get pulled into the chaos. They end up testifying how far they will go to make their wish come true—and if they can face the consequences.

This film is nothing if not warm; warm, and full of life. Filled with immediately lovable (and recognizable) characters, such as Cinderella and her hilariously horrid stepmother and stepsisters, Into the Woods brings a much-needed twist to the age-old industry of fairy tale telling. What also impressed me about this film was that though it was produced by Disney, it was brave enough to stray slightly from the all-out tradition of past movies. Fates from the original tales were made evident, yet impressively keeping to the ever-weaving path of Stephen Soundheim and James Lapine’s retelling. And, in many ways, it makes it all the more special.

Speaking of Soundheim: his music is one of the defining reasons this cinematic occasion is not to be missed. Dynamic, ridiculously clever in its rhyme, and simply sweet to listen to, it soars in flight and brings dimension like nothing else in the movie. It is often filled with the personal thoughts of the characters you thought you knew in moments of doubt, darkness, or decision, and other times becomes a character itself, overlapping others and bringing their excitement into one magnificent sound. And everyone. Sings. So. Well.

So though it seems like after Christmas, Hanukkah, and New Years there’s no more excitement left in the holiday season, think again. Into the Woods is a fresh organza of it all, bringing together the fairy tale magic of all ages in a triumph of wishes and music. All you have to do, my friend, is go into the woods. 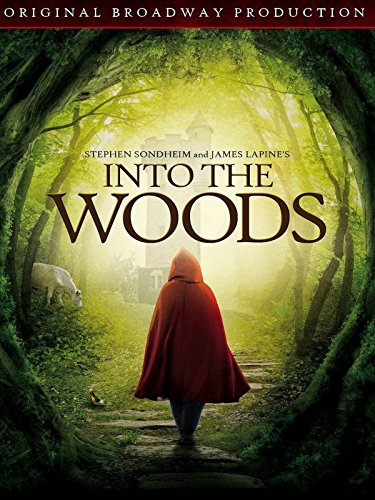