Based on the actual Japanese legend, “47 Ronin” shows the courage, the loyalty, the bravery, and the honor of Japanese samurai.  This film also includes the character, Kai who is in turn a half breed. In his youth, Kai was found by Lord Asano and brought to be raised in Ako, Asano’s home. In Ako, Kai meets Mika, Asano’s daughter, and over the years, they fall in love with each other, but it cannot be due to Kai’s name as a half-breed which is scorned and hated.


At the arrival of the Shogun and Lord Kira, Asano’s rival who wishes to possess Ako, misfortune comes upon Asano and his household. One of Lord Kira’s concubines has two different colored eyes, and Kai has the suspension that the concubine is a witch, but his accusation is rejected by samurai Oishi. The next day, Lord Asano’s combatant is found incapacitated from unknown reasons. If Lord Asano does not have someone to duel Lord Kira’s combatant, he would be shamed, therefore Kai puts on the armor of Lord Asano’s combatant and impersonates him. When Kai’s helmet is knocked off in the fight, he is punished severely.


That same night, Asano attacks Lord Kira in a feverish dream of Lord Kira harassing his daughter, Mika, due to a spell from Kira’s witch. Because of his actions on Kira, the Shogun sentences Asano to execution but allows Asano to redeem himself by letting Asano kill himself. After his death, Oishi and the other samurai confront the Shogun, but the Shogun commands them to not seek revenge from Kira and then strips them of their titles as samurai. They are then called ronin, samurai without a master. Kira is then given Ako and Mika although he cannot marry Mika until one year after mourning for her dead father.


Kira sends away Kai to be sold into slavery and the samurai to be outcasts with the threat of death if they remain. For Oishi, Kira throws him into a pit so that his will be broken. It is not until a year later that Oishi is released and still in all that time, Oishi desires to bring honor back to his dead master by killing Kira. To achieve this, he must leave his home and wife to find the remaining ronin and Kai, who was sold to fight in a Dutch colony. Once Kai is freed, Oishi regroups with his fellow former samurai although they still do not fully accept Kai. When Oishi states his intentions, not one person hesitates even though they are entirely aware of the heavy consequences if they carry out this deed.


Through situations that question themselves, traps that kill their brothers, mythical figures that are cunning and deadly, and loyalty that is endless, the “47 Ronin” captures a part of Japan when its history was based solely on honor and justice. No matter how it all ends, the real forty-seven ronin still live on as a legend of brave warriors willingly ready to accept their fates and bring honor to their master. 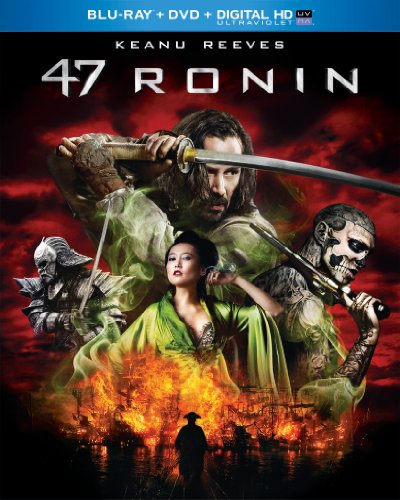 This movie draws upon the theme of brotherhood and loyalty, and I absolutely how it's displayed throughout the movie.