Directed by Sebastián Cordero, “Europa Report” tells the story of the crew of Europa One, a spacecraft voyaging to Jupiter's moon. Their mission: to find single-celled life beneath the icy surface, where a hidden ocean lies. After a malfunction leaves one astronaut disillusioned and another lost in space, the crew makes it to Europa. But when they get there, what they discover is beyond belief.

“Europa Report” is a marvel of filmmaking. The “found-footage” sub-genre has been greatly overused (the awful “Paranormal Activity” films being the worst offenders), but there is still hope. Like Steven Soderbergh's realistic medical thriller “Contagion,” “Europa Report” is basically a fictional documentary.

It's not just one of the most realistic sci-fi films of all time – it shows us the most realistic depiction of alien life. The acting is great, though like “Contagion,” you don't become emotionally attached as you would with typical movie characters. The script is superb, the visuals are astonishing, the musical score is hauntingly magical, and the direction is pure.

“Europa Report” is easily one of the best sci-fi films of the year, and of all time. The very idea of discovering alien life in the cosmos is incredible, and could have a great impact or terrible repercussions on the human race. Either way, “Europa Report” is a must-see for sci-fi lovers, or for anyone who likes slow-burning thrillers, because it's more than a movie. It's an experience, and one I know I won't soon forget. 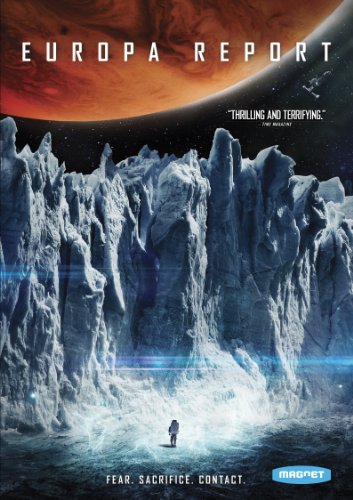 
Buy from Amazon
The author's comments:
I've been seeing countless amounts of praise for the new sci-fi film, Gravity, and yet Europa Report, which is more realistic and incredible, is somewhat overlooked. While Gravity is a technological achievement, Europa Report is too, but also has a great script and good acting, while Sandra Bullock in Gravity is somewhat annoying, with the script lacking as well.
Post a comment
Submit your own

Steve71111 said...
on Jan. 1 2014 at 2:17 pm
Watch it. Watch it. WATCH IT.   I just finished it and I must say it is the most realistic creation of what it would be like if we really did land on Europa and encountered life, it doesn't try to fake the science in science fiction it feels genuine. And it gets suspenseful after a bit of a slow start and then you love it.   In short before I say more, WATCH IT.
bookmouse BRONZE said...
on Oct. 15 2013 at 4:41 pm
bookmouse BRONZE, Chapel Hill, North Carolina
1 article 90 photos 251 comments
View profile
I'm not a fan of sci-fi, but your review has made me want to see this movie!