The Hobbit: An Unexpected Journey MAG

There are lots of books that people thought were incapable of being brought to the big screen but have become incredible films. In 2001, Peter Jackson brought to life one of the greatest fantasy works ever written: J.R.R. Tolkien's The Lord of the Rings. Released a year apart, the “Lord of the Rings” movie trilogy is phenomenal and ground-breaking in every way, from the acting and script to the directing and cinematography. But this was not the last we would see of Middle Earth. Jackson wanted to show us the beginning of this tale, how it all started with a hobbit named Bilbo Baggins, and the return is glorious.

“The Hobbit: An Unexpected Journey” takes us 60 years back, to the events of Fellowship of the Ring, when Bilbo was called upon by Gandalf the Grey to help the Company of Dwarves, lead by Thorin, to reclaim Erebor, the lost Dwarf kingdom that had been taken by the dragon Smaug.

Never before had a film taken us to a new world as successfully as the “Lord of the Rings” movies did, and this world was a real Middle Earth, since the films were shot in New Zealand. In “The Hobbit,” Jackson brings us back. This film is a true spectacle. Some feel the beginning is a little slow, but it's actually the same pace as “Fellowship.”

I can understand why people did not enjoy the 48-high-frame rate used in the 3-D showings, which made the film look fake and completely digital, but in regular 24-frame rate “The Hobbit” is just as good as “Fellowship.” Jackson did use more CGI in “The Hobbit” because it would have been impossible to physically create many of the shots.

The acting is top-notch. Martin Freeman plays a ­­
perfect young Bilbo, and Ian McKellen returns as Gandalf, but Richard Armitage as Thorin is phenomenal, bringing to life a mysterious character.

The script is marvelous, filled with adventure, action, and awe-inspiring battle scenes. Howard Shore's score doesn't bring a lot of new sounds to the saga, but instead revisits themes, mixing the tones and patterns while adding a new theme with the Dwarf song “Misty Mountains.”

Overall, “The Hobbit: An Unexpected Journey” is a near-perfect return to a new world created by Peter Jackson that shows us how films based on real events are not always the most important films. Not everyone likes fantasy, but this saga stands as some of the greatest filmmaking of all time, and with good reason. “An Unexpected Journey” is a reminder of this, and the upcoming Part II, “Desolation of Smaug,” will add to this great epic fantasy. 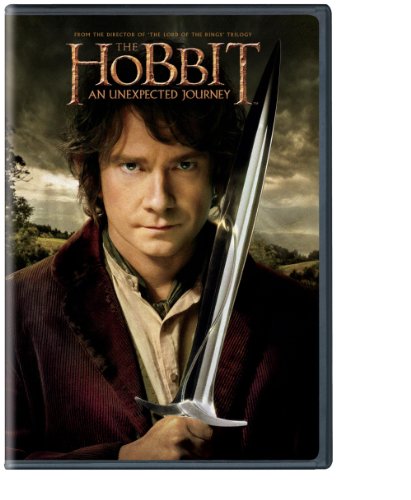 SHER_locked PLATINUM said...
on Apr. 4 2013 at 8:39 pm
SHER_locked PLATINUM, Alta Loma, California
32 articles 2 photos 51 comments
View profile
I totally agree, it was a fantastic return to Middle-Earth, and a great way for those of us who never had the chance to see it on the big screen to experience that for the first time. The casting was top-notch (MARTIN FREEMAN!!! <3) and everything was perfect. Can't wait for the second one (BENEDICT CUMBERBATCH!!!!!! <3)!!!