In 2007, director Danny Boyle (“28 Days Later”) and writer Alex Garland created a science-fiction film epic that amazed many with its visual and surreal story-telling: “Sunshine.”

In the year 2057, the Earth is dying, as is the Sun. So a team of specialists are sent to reignite the Sun's core in a ship called Icarus II, replacing Icarus I, which vanished seven years earlier. Their journey ­becomes perilous, and it begins to look like they may not return home, until they discover something near Mercury. A lost relic from 2050 ….

“Sunshine” is a brilliant, well-written, and skillfully directed masterpiece, taking the audience on a journey that doesn't let up on excitement, intensity, or emotions. The cast is perfect, ranging from Cillian Murphy as a heart-felt scientist who wants to do the right thing, to Chris Evans as the hot-head who believes the mission is all that matters and that he knows best. Then there's Mark Strong as the captain of Icarus I, who has changed and become something that will hinder the crew of Icarus II.

The visual effects are top-notch, especially for a lower-budget, limited-release film. The music by John Murphy is impressive as well, showcasing the emotion and terror of what befalls the crew on their journey. Underworld also contributed music, which appears in the end credits and reflects the crew's experience.

This film is not for everyone, as it is a straight-up sci-fi adventure film, with mishaps and violent moments that may be unnerving to some.

Overall, “Sunshine” is a visceral masterpiece that deserves to be hailed as a sci-fi classic, not just for its visuals but for its incredible portrayal of people stuck in space on a suicide mission, who have no idea what the future will hold. Frightening, emotional, and surreal. 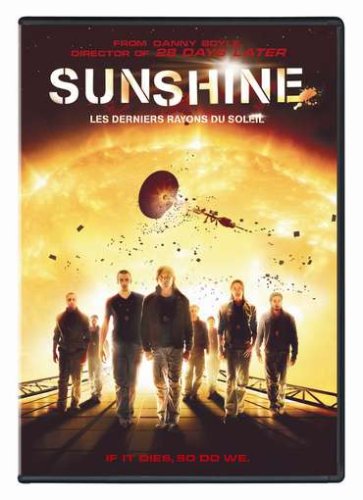 
Buy from Amazon
The author's comments:
A Visual Masterpiece that Excels on Every Level
Post a comment
Submit your own