“Anna Karenina,” based on Leo Tolstoy's novel, depicts the tragedy of a married woman in Russia's aristocratic society who has an affair. Meanwhile, her brother has been caught committing adultery, and his friend Levin pursues marriage to an innocent young woman.

“Anna Karenina” is a ­delight. Most of the film is set as if on a theater's stage, with scenes marked by the closing or opening of a curtain, maneuvering of a backdrop, or shifting of a ceiling or floor. These whimsical effects bring beauty and light to a setting that could have been as dreary as a Russian winter. Throughout, Anna (Keira Knightley), her husband (Jude Law), and others are under constant scrutiny, as if their private lives are on stage for all to see. When Levin (Domhnall Gleeson), an honest man who dislikes the city's politics, retreats to his country home, the stage disappears.

Also of note is the distinct Russian feeling of the soundtrack, with its 18th- and 19th-century classical music. The score, composed by Dario Marianelli, meshes well with the many plot twists and turns.

However, even with the ­artistic cinematography and satisfactory casting, “Anna Karenina” falls short in character development and fails to reel in the audience. The viewer receives few glimpses of Anna in mentally exposed situations with only dialogue describing her actions. By the end, she has done little to inspire either sympathy or pity. Anna's lack of appeal makes for a disappointing film. I found myself emotionally attached to the characters only because I knew their depth and emotions from reading the novel.

Although I wouldn't call it revolutionary or on its way to becoming a new favorite, Joe Wright's “Anna Karenina” is still visually attractive and contains laudable performances from Knightley and Law. It is lacking in some areas, but the flaws are made up for with small details and beautiful special effects. Allow yourself to be swept away in them while keeping an open mind and you are sure to enjoy yourself. 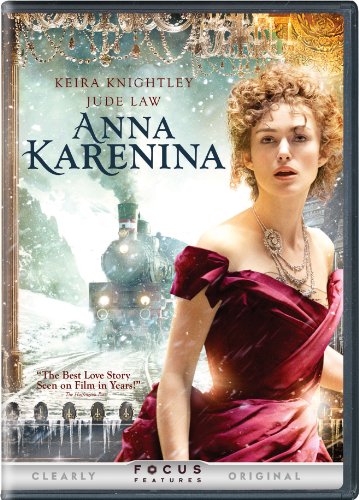 View profile
I simply love this movie. I'm a huge Jude Law fan. But the movie itself was good. And good work on your writing.