James Bond is one of the most recognizable characters in the world. Created in the 1950’s by Ian Fleming, this character immediately became famous. Bond is a secret agent who works for MI6 (British Secret Service), and is of “double-o” status (meaning he has a license to kill). He is sometimes known as “007”, which is his codename. His weapon of choice is a Walther PPK handgun, and his dress attire of choice is a suit.
Skyfall is the newest, and the twenty-third film in the Bond franchise. The film starts off with a chase scene involving Bond, another agent and a man (His name is never mentioned), for no apparent reason, but viewers later learn why the chase occurred. After the chase, there is a fight on a moving train while the other MI6 agent stays close to it. I will not spoil anything here. Long story short, Bond gets shot (I will not say by who) and falls to his death and into a river. This is then followed by a stellar opening credits sequence with amazing visuals and a song performed by Adele.

All MI6 agents believe Bond is dead, but what’s the point of having a Bond film without the title character himself? Bond eventually returns and is required to take a series of tests to prove that his mental and physical capabilities are up to par. He gets the two gadgets (a tiny radio and a gun coded to Bond’s finger prints) from “Q” (The gadget master). He then goes to Shanghai to search for the man he fought during the opening sequence. They fight a bit, and then the man falls to his death. Bond finds a casino chip in the man’s gun case.

Bond goes to the casino and cashes the chip in for about five million pounds (british currency). He meets a woman, and she takes him to the bad guy of the hour (two hours and forty-three minutes to be precise). The evil man’s name is Rodriguez, but he goes by Silver. He is a computer genius with battlefield training as well (double whammy). They talk for a bit, and then fight for a bit. Silver is captured and sentenced to life in prison. His colleagues hack into MI6’s computer systems and release Silver. Bond chases Silver into the metro station and there is a chase scene there. Meanwhile, “M” (head of MI6) is questioned on why MI6 should stay active. After a dramatic monologue, Silver bursts through the doors and shoots everybody, but Bond quickly arrives and gets “M” to safety. They drive away and eventually switch cars to the Aston Martin DBS (first seen in Goldfinger).

There is an action-packed climax filled with explosions. There is also a helicopter blasting music as it tries to take down Bond. I will not say where this climax takes place, the outcome or anything else that happens during the rest of the film.
Skyfall upsides:
1)Aston Martin DBS
2)”Skyfall” by Adele
3)Great acting
4)Great action
5)Dramatic moments
Skyfall downsides:
1)No cool gadgets
2)Daniel Craig does not show much emotion.
Ratings:
Action: 10/10
Special Effects: 10/10
Characters: 10/10
OVERALL: 10/10 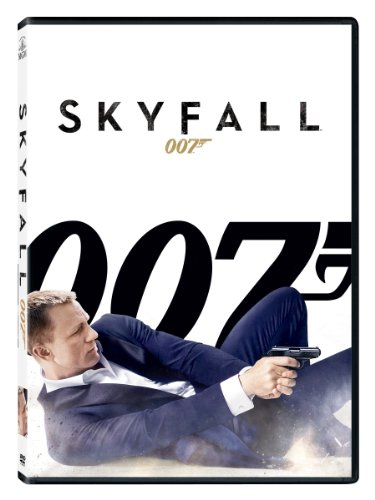