I found that this horror movie, despite all of the blood and insanity, was very refreshing. Patrick Bateman was a metaphor for the upper class 1980’s American society. It showed how little we all know about each other. The movie makes you think about the close people in your life, and brings up the question whether or not one of them is the next big serial killer.

I thought that the end of the movie was somewhat poetic. Despite all of Bateman’s horrible crimes, no one believes him. Did he commit all of those murders? Or was it just the last of his mind deteriorating? His last monologue is that he learned nothing from killing people, because there is no justice. There is absolutely no force stopping him from carrying out every last one of his sick whims, so why stop?

He then sees himself as a mass tormentor, maybe even a demon, or a form of the devil. He hopes that he can inflict his pain upon others, and wants none to escape. I think that his mindset questions all of us. We hurt each other constantly, lie, steal, and make fun at each other’s expense. What is really different from what Bateman does, and what we do to each other? According to American Psycho, if we don’t change, we all might as well be serial killers. 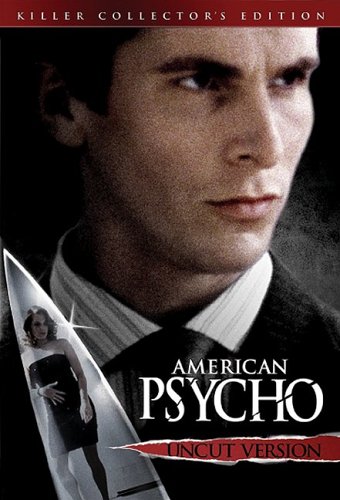 fvckedmind GOLD said...
on Nov. 12 2013 at 10:13 am
fvckedmind GOLD, Tarrytown, New York
11 articles 0 photos 28 comments
View profile
This is a really interesting view on the book. I read the book and I agree with things that you mentioned. Good job!
CariePierce BRONZE said...
on Jan. 11 2013 at 8:24 am
CariePierce BRONZE, Lancaster, Pennsylvania
3 articles 0 photos 48 comments

View profile
Writer, I like your mind. And the way you look at things. Kudos to you (: