Sometimes I just don't understand this world we live in. After hearing strong reviews of the new James Bond movie, “Skyfall,” I decided that I must indulge myself. Critics raved about both the plot and the development of the film. The two other recent Bond offerings – “Casino Royale” and “Quantum of Solace” – were relatively good. Both contained a strong balance of action and story, unlike “Skyfall.”

A dark melancholy shrouds this film. From the very beginning, I felt as if “Skyfall” was drowning me in its essence – but not in the “Holy crap, I can't stop watching this movie!” way. It was more of a “Wow, this movie is really long” vibe. I felt as if the plot had no relevance to the progress of the characters. Bond (Daniel Craig) spends a large portion of the movie feeling old. However, at one point he gets a haircut and – poof – he looks 25. Okay, I'm exaggerating: he looks more like 35. But seriously? I know it's a movie, and it's important for a viewer to look past miniscule loose ends, but it was ridiculous.

In the first half of the movie, Bond takes on a bunch of missions that seemingly have no connection. I don't want to ruin important scenes, but the movie did it for me. You know how there is always a “Bond Girl”? Well, guess what, hopeful romantics, “Skyfall” manages to ruin any chance of romance. This is a big part of Bond's attraction, but in “Skyfall,” the only relationship he really maintains is with M (Judi Dench), a woman 15 years his senior.

I found this movie's nemesis to be my favorite character. Silva (Javier Bardem) is charming, sympathetic, and wasn't trying to blow up the world. His justice, in a way, was justified. However, Bond makes it his mission to ruin his plans. I almost felt sorry for Silva. If you watch the movie, you'll understand.

The one redeeming quality about the film is probably the ending. Without giving anything away, satisfaction is the best way I can describe it.

Some people may say I'm not smart enough to understand the depths of “Skyfall.” On the contrary, I just don't look for depth where there isn't any. I think critics these days are trying too hard to find treasure where it isn't buried. Well, I went looking, and I found a half-baked pie lacking plot and depth. 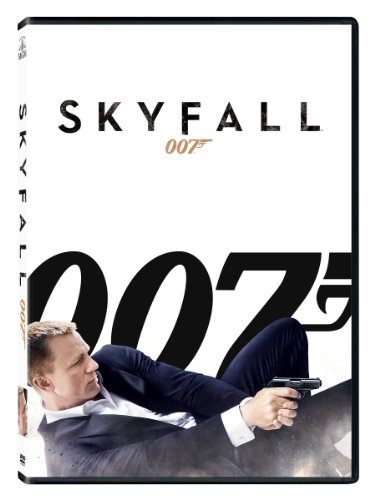 SHER_locked PLATINUM said...
on Mar. 16 2013 at 3:39 am
SHER_locked PLATINUM, Alta Loma, California
32 articles 2 photos 51 comments
View profile
I also noticed the lack of a true "Bond girl" but I found the change to my liking. In the past, Bond girls have mostly been pretty faces to lure in more guys and to show Bond's addiction to womanizing. I liked that the women in this movie, notably M and Moneypenny, were actual characters and not objects.
I.R.B BRONZE said...
on Dec. 5 2012 at 5:56 pm
I.R.B BRONZE, Mendocino, California
1 article 0 photos 6 comments

Favorite Quote:
"When you see beyond yourself, then you may find peace of mind is waiting there."
(The song, Within You Without You, by The Beatles)

View profile
I don't necessarily agree with your views of the movie, but this is a very well written article. Nice job!