Once I saw the preview for “Lockout,” I thought: Wow, an action movie with a twist! Sweet! My friends and I got popcorn, drinks and candy in anticipation of what was to come, and were we disappointed, I kid you not, eight minutes into the movie.

The movie begins with Snow (Guy Pearce) getting pummeled; a government agent is questioning him about the whereabouts of top secret NASA codes and the death of a government official. Eh. Snow's one-liner retorts to his torturer are painfully cliché, and you just can't take him seriously! Snow is then charged with high treason, and sentenced to imprisonment in a prison built in outer space, reserved for the worst criminals, who are frozen and put to sleep.

The plot takes off when the President's daughter (Maggie Grace) visits the prison and is taken hostage by the prisoners, who have managed to take over a supposedly elevated-­security über-prison. Snow is offered his freedom if he can infiltrate the über-prison and free this VIP hostage.

All in all, the subplots are obvious and uninteresting. The main villains are highly predictable and don't really develop as characters. A lot of the action is blotchy, dull and overdone. The special effects are far from special and include a lame chase scene straight out of a PS2 video game. There's nothing new here and certainly not much to stir the imagination. The space prison actually looks like the human farms we all saw in “The Matrix” about ten years ago (and “The ­Matrix” still did it better).

The only saving grace? Guy Pearce. Yeah, he's delivering sarcastic, tough-guy one-liners – but you can't help but like him! He's not taking anything too seriously and still kicks enough butt to avoid being seen as a clown. His rugged good looks and convincingly sturdy frame give a healthy edge of power to the otherwise weak film. Every time he delivers a line or throws a punch, there is just enough electricity to keep you hanging on until the movie ends.

Honestly, folks, this is not a movie to see in theaters. Rent it and watch at home with the friend whose comments can make “Titanic” look like a comedy. This is a movie you will forget within days.

After seeing it, my friends and I barely felt it was worth the effort to make fun of or put down. We all agreed it was terrible. For what it's worth, we all slept peacefully, not like we had watched a kick-butt action movie but as if we had just viewed a thrilling “Dora the Explorer: Star Wars Edition” marathon. I say bail. 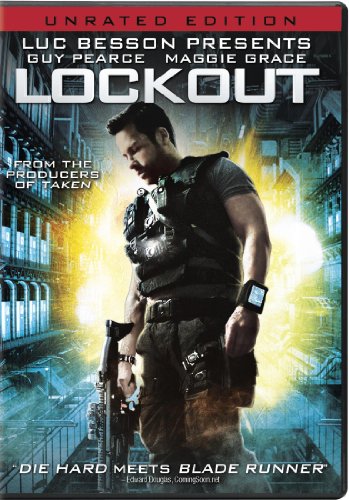 View profile
Thank you for the advice! I honestly appreciate it, this sort of writing is not my forte and I'm grateful for the feedback :)
tdpackerfan BRONZE said...
on Apr. 19 2012 at 1:26 pm
tdpackerfan BRONZE, Scottsdale, Arizona
2 articles 0 photos 4 comments
View profile

Tips to being authoritative in review writing:

3) Know the difference between a hyphen and a dash.

Your critique was informative and it was nice that you saw both sides of the scale, but in your attempts to inject voice, I became distracted by your hit-or-miss analogies.