While expectations were at their peak when the enthralling trailers of the first in the trilogy made their way to the cinemas, the movie truly stood up to all hopes and aspirations. The start of the film featured a text about the infamous Treaty that bounded the poor citizens of future America in it’s fierce grip. The poor conditions of the inhabitants of District Twelve was well depicted, sprinkled with the occasional truant and rule breaking demeanor of Katniss Everdeen. Her unconditional love for her younger sister is indeed a tear jerker, especially when she sets herself as bait for the Hunger Games.

While the time spent by Katniss in the capitol with its riches and broadcasted television interviews is greatly exaggerated and take up the first half of the movie, it is the games that captivate attention.

Hunger games is not just a reality show. It is a quest for survival. It is all about beating the unbeatable, stooping to the lowest of the levels of mankind to kill, eat and move on. From forest fires to poisonous berries; from twisted rules to gross mutations… the second half of the movie is a nail biter.

While the end could’ve been a little less abrupt, it sure did arouse a feeling of denial and sorrow for the prisoners of Panem; chained for life for their miserable fate. While the movie leaves a lot to be desired, yet it is one of the finest movies with it’s origin in a bestseller book. It held the attention of the audience and merited gasps at every arrow that escaped from Katniss’s bow. All in all, it was a movie worth watching. 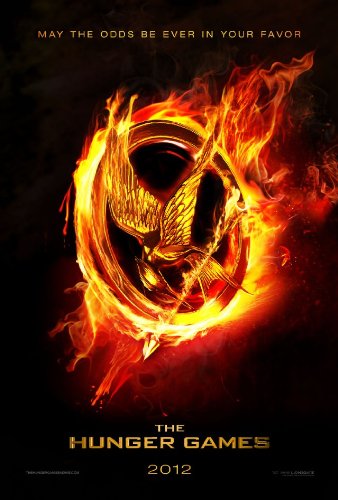