I Am Number Four | Teen Ink

I Am Number Four

My heart started beating loudly as 'I am Number Four' began. The flickering screen captured my attention while the suspenseful music filled my ears. A dense and dark jungle filled the screen. I held my breath as two people were killed by a tall black shadow that towered over them. Number 3 was dead just as the previous two were. The exotic and dangerous-looking aliens, known as the Mogadorian, report to their proud and evil leader with strange grunts. They have successfully destructed another planet and Earth was next. Nothing can stop them except for nine alien teenagers who have escaped from their now-in-ruins home planet, Lorien. These young aliens have what we humans call, superpowers, but three are now dead. And our main character, Number Four, is next.

John Smith(Alex Pettyfer) is a runaway being chased by the hostile Mogadorian. The three circular scars on his ankle are a reminder that he is next. His guardian, Henri(Timothy Olyphant), and himself have been on the run ever since he can remember; no pictures, no real name, and no friends. Things start to change when he moves to a new home in Paradise, Ohio. John meets his first love, a new friend whose father had disappeared while unraveling something about the nine aliens, and his abilities become more and more powerful with every passing day. With his new friends, he uncovers his past and realizes the responsibility that has been thrust upon him. John and Number 6 head to find the others and the audience is left in anticipation of the future encountering with the remain four.

When the movie ended, my first thought was 'I want to know more!'. I usually don't like movies about aliens and killing but even though 'I am Number Four' was about both, I thought it was fantastic. It was different from the normal alien movies where creatures from different planets, try to kill humans and take over the world. The teenage aliens were more like us, with feelings and able to feel sadness over the loss of their loved ones. I believe that their similarity to us was what made them more easier to relate with, vulnerable and strong-willed at the same time. Yes, they're awesome and have superpowers but would I want to trade places? My answer will be no, without a doubt. When John was having dinner with Sarah(his first love)'s family I saw the loneliness and slight envy in his eyes. He was powerful and a hero, alright, but he also longed for the warmness of a family. I was reminded once more that I was lucky to have one. This movie was one of the best movies that I've seen in months. With just the right tad of action and sci-fi, author Pittacus Lore and Director D.J. Caruso proved that there is no limit to imagination. 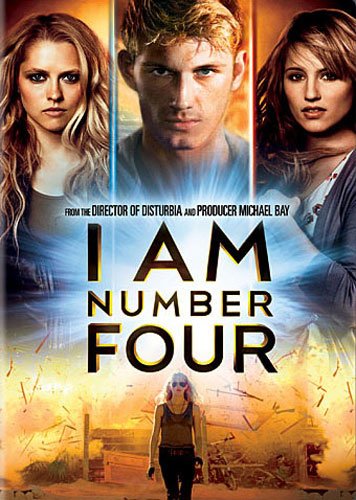