"Camp Rock 2: The Final Jam" reunites us with Mitchie, Shane, Nate, Jason, Peggy, Caitlin, and all of our other favorite camp rockers as they venture into another exciting summer at Camp Rock. Old friendships are revived and old relationships are rekindled. Everything seems to be going great until they find out that there's a new music camp across the river that's looking to steal campers from Camp Rock and bring them over to the Camp Star side. Camp Star's attempted takeover results in Camp Rock losing most of its staff, which leaves the Camp Rock director Brown no choice but to close the camp. However, Mitchie and the gang won't take this sitting down and decide to voluntarily fill in for all of the missing staffers to make the camp run smoothly this summer, but they hit some bumps along the way when the Camp Star director challenges Camp Rock to a sing-off on live national T.V. As the gang starts to practice their hardest for the big show-down, Nate finds love with a Camp Star rival, Shane and Mitchie test how strong their love for each other really is, and Jason gets schooled by the junior campers. All in all, it's a summer like no other.

"Camp Rock 2: The Final Jam" brings back all of your favorite stars from the first movie, including some awesome new talent. This time around the dance numbers are bigger than ever with out-of-this-world choreography, and the songs are better than ever with sweet beats of all different kinds and fun lyrics that you can totally sing-along to. "Camp Rock 2: The Final Jam" is a breath of fresh air to the "Camp Rock" movies and is even better than the last. It's a rockin' good time for kids and teens alike. Enjoy! 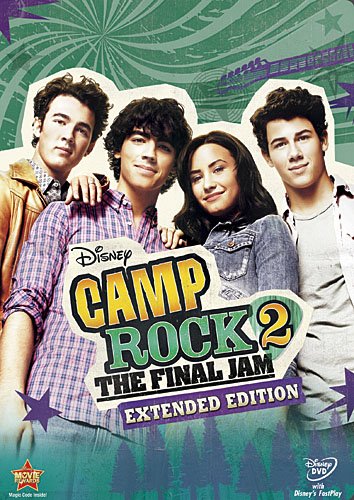 shotgun said...
on Dec. 3 2010 at 7:56 am
As usaual, this writer's talent for painting a picture with words is outstanding. While reading her review, I could also visualize the activities at the camps and the "showdown". An excellect job indeed.