Will Burton is a nobody living on the underbelly of social exsistence in the Cincinnati, Ohio public school system until his mom gets a job in Lodi, New Jersey. His mom says that moving and going to a new school will change his social life as he knows it, but he doesn't believe her for one second. At first, he proves his mom wrong as everything in Lodi seems to mirror everything that he left behind in Cincinnati, but when Will meets the brooding, closed book known as Sa5m (The five is silent), it finally seems like he has some shimmer of a social life. His future gets even brighter when he makes contact with another human: Charlotte. As they start to get to know each other, Charlotte finds out that Will is the walking Bible of anything and everything music. Because of Will's vast knowledge in music, Charlotte asks him to become the manager for her band which is entering one of the biggest music contests EVER: Bandslam. The grand prize: a full-fledged recording contract!!! Will puts his musical magic to work as he transforms them from drool to cool and replaces their lame, copy-cat name of Glory Dogs with the fresh, original name of I Can't Go On* I'll Go On. But he and Sa5m start to grow apart as he starts to give all of his time to the band and none of his time to Sa5m. Will Sa5m and Will still have any relationship left? Will I Can't Go On* I'll Go On win Bandslam? Do they even have a chance?

With a wonderful, young cast that's lead by HSM vet Vanessa Hudgens, rocker chick Aly Michalka, and new comer Gaelan Connell, along with long time acting vet and house-hold name Lisa Kudrow, this is just one movie that you can't miss! A film that shows off a very teen atmosphere also has an atmosphere that's perfect for the whole entire family. Music, awesome instruments, talented young stars, and awesome fashion, this movie has it all. This movie is absolutely perfect for anyone who is a big fan of the Burning Hotels, is a total music lover, loves rocking out with their friends, or is a HUGE David Bowie fan. No matter what type of music you like, you will absolutely love the jams, the comedy, and the drama that is "Bandslam." Enjoy! 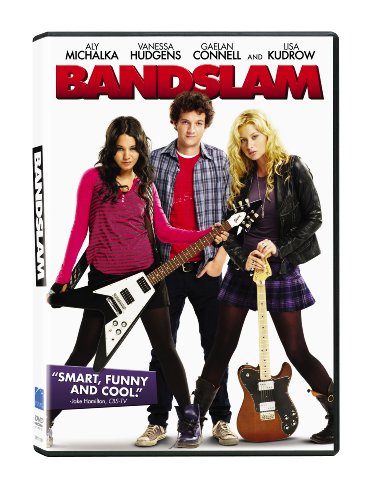