Up in the Air | Teen Ink

Up in the Air MAG

“Up in the Air,” the latest dark comedy/drama from director Jason Reitman (“Juno,” “Thank You For Smoking”), displays his maturity while retaining the creative and innovative style of his earlier work.

Adapted from Walter Kirn's novel, the film follows Ryan Bingham (George Clooney), who jets around the country attempting to alleviate the stress and devastation of downsizing. In other words, he fires people whose bosses are too afraid to do it themselves. He boasts about how he spends most of the year gallivanting through the skies and leading a life of solitude.

The tide in Ryan's life begins to turn when he meets fellow frequent flyer Alex (Vera Farmiga). Around that time, his boss (Jason Bateman) decides that Ryan should mentor an ambitious newcomer, Natalie (Anna Kendrick). Fresh out of Cornell, she naively follows Ryan around the country and quickly discovers the secrets of the trade. These two relationships gradually change Ryan's outlook on life and cause him to question his transient lifestyle.

Clooney, as he did in 2007's “Michael Clayton,” presents a effortlessly suave and charming man harboring a delusional conscience. From the outset, Ryan is Clooney at his best – smooth but complex, sophisticated but capricious. Clooney's charm and wit always seem to hearken back to a star of yore – Cary Grant – and this performance is no exception.

Farmiga complements Clooney, providing both a parallel and a contrast to his character. But the true scene-stealer is the talented Kendrick, who has the film's most snarky and sarcastic lines. She provides much of the comic relief, and yet she plays the film's most honest and fully fleshed character. Her genuine grace separates Natalie from the typical protégé archetype.

These magnificent actors take turns carrying the film, but the real star of the show is Reitman. His ingenious direction guides “Up in the Air” through many unexpected avenues and puts a spin on the predictability of most white-collar films. By using real Midwestern employees in the firing scenes, he enhances the emotional impact of the film while sharpening its accuracy and relevance. Reitman maintains a slick, momentous feel to the film. Every shot feels perfectly placed, every frame feels just right. At times, the film's meticulous visual flair, especially Dana Glauberman's superb editing, is almost too comforting.

Although the film's cynical tone and pessimistic themes represent a departure from the lighter fare of Reitman's past, its acerbic wit, embedded in almost every scene, ensures that this is not a complete antithesis to his previous two movies. ­Reitman, in collaboration with Sheldon Turner, also penned the screenplay, laced with smart humor and memorable lines, all while emphasizing dynamic character interactions. These days, it's rare to find a movie with three multidimensional characters, especially given that two are female. Reitman avoids the hackneyed male-centric approach, opting to incorporate Alex and Natalie into Ryan's narrative as much as possible.

“Up in the Air” is bound to strike a chord with audiences for its star power, delicate balance of comedy and drama, and relevance in today's economic climate. It questions the definition of success and puts a face to the nomadic existence with which this generation increasingly identifies and consciously adopts. “The slower we move, the faster we die,” Ryan asserts. We are a generation constantly on the move, but how fast can we go before we lose all semblance of ourselves? 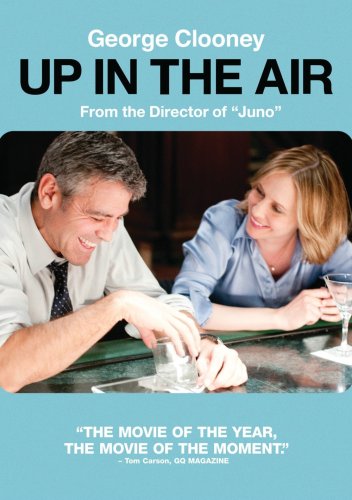