Gus Van Sant's Milk is marvelous chronicle of a man who gave hope to so many when they needed it most. Sean Penn, in his most impressive role yet, shines as Harvey Milk, who brought one San Francisco neighborhood to its feet, in turn putting him at the forefront of an era. The remarkable film follows him through his monumental political movement. As he spread the fight for gay rights all across the country in the 1970s, his story impacted millions of people. Dustin Lance Black's engrossing screenplay keeps things moving throughout, taking you on an unforgettable journey through Milk's greatest triumphs and most devastating downfalls. The pacing felt just right: there was enough attention put on the important facets of the story with no time wasted. The film also features standout performances from its supporting players, particularly Josh Brolin as Milk's eventual assassin Dan White, Emile Hirsch as Milk's young protegé Cleve Jones, and newcomer Alison Pill as Milk's feisty campaign manager Anne Kronenberg. But, what truly struck me was the way you could feel yourself amongst the action. Somehow, the film enables you to feel you were right there, right beside Milk's supporters marching through the streets of the Castro or attending one of his rallies. In addition to its increasing relevance to current society, Milk is a poignant tribute to a man who shaped a powerful phenomenon in American politics and whose legacy still lives on today. 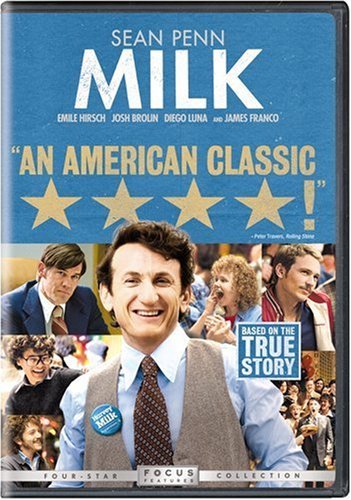 
Buy from Amazon Available on iTunes
The author's comments:
For more of my writing, check out my blog: http://mymundanelife11.blogspot.com/
Post a comment
Submit your own