The Theory of Everything | Teen Ink

The Theory of Everything

What I consider to be one of the best movies I’ve seen, it’s important to share the emotional impact it left even after years since its release. It established a breathtaking story by using powerful imagery so the audience could share a connection with every character. Based on the life of Stephen Hawking, a theoretical physicist known for his work around black holes and space singularities, the film was able to expand on the journey he faced with various obstacles and problems.

Directed by James Marsh in 2014, his past work such as “Man on Wire” has shown a track record of bringing the best elements together, it even had 100% rotten tomatoes. His credibility is held up throughout the films he directed or helped in. The Theory of Everything happened to be one that stood out from the rest because of its unique approach to someone’s struggle with Lou Gehrig’s disease and love interests.

The film developed a romantic story in the beginning by introducing a woman known as Jane Wilde. The central theme revolves around love and their relationship forming and the effect of time. Stephen Hawking’s diagnosis changed his life, as his muscles weakened and physical abilities depleted and overall affecting his nervous system. I appreciated the director's close attention to detail by slowly foreshadowing his motor skills as Hawking struggled to do the simplest tasks. His condition finally caught up with him leaving everyone close to him heartbroken in ache.

His struggle afterward was painful to watch, a man so fragile because of his own body left me uncomfortable. Hawking had good intentions for the world, finding out the mystery that lies in space and my curiosity about what is out there left me to connect with him on a personal level. Although he was faced with difficult times, he pushes through it with the help of Jane and his best friend in college. I admire the motivation the movie has to offer, inspiring me to become a better person in spite of difficulties I will encounter throughout my life.

With great production and dialogue, it does leave a controversial debate that some may not like. Religion is touched on between Hawking being an atheist and Jane being Christian. However, I did find it interesting as they debated and each brought their own solid arguments. In some cases, religion is the reason why relationships come to an end, yet, their love excels despite differences. The discovered disease also tests the relationship and loyalty they both have for each other. From my perspective, it seems as if Jane is stuck between having to take care of him for the rest of his life or choosing her own path. Conflicting thoughts were often floating around my brain as scenes progressed and dialogue was exchanged.

It is with honor to call Hawking an inspiration, someone who has endured struggles most people never go through and defied expectations. He is one of the reasons why my curiosity always peaks when learning something new. I’m always open to exploring education and pursuing knowledge and for that I thank him. Although he is no longer alive, his presence will always have significance in science and the understanding of the universe for future generations.

The movie overall is outstanding and perfect to watch if you’re interested in a romantic science drama. Producing a film based on Hawking was phenomenal because of his distinctive story that could inspire those who are feeling alienated or limited in their position. It was certainly encouraging for me to see a man continue his goals regardless of hardships and I hope new viewers see the emotional rollercoaster journey that awaits. 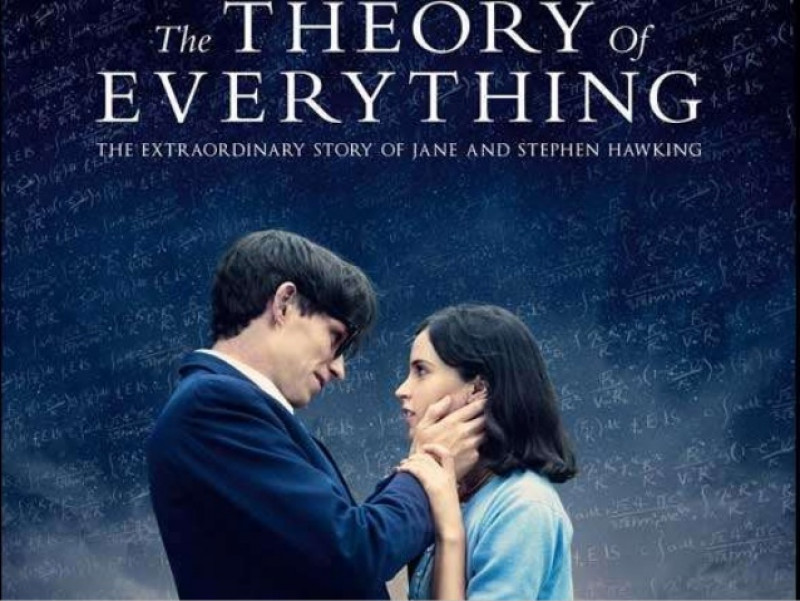