This brilliant re-make from Village Roadshow Pictures of a classic television show was surely accepted well by many who went to see it. Starring well-known actors such as Steve Carell, Anne Hathaway and Dwayne “the Rock” Johnson, the movie was studded with good and experienced actors. These actors made the film.


The previews sent out were hilarious and adventurous; however the film itself did not live up to those expectations. Sure, it had its moments of, “Did he really just say/do that?” but the movie as a whole was not as action-packed as I thought it would be.


Steve Carell's character, Maxwell Smart, was ingeniously and well portrayed to the credit of the actor. In the movie, Smart is an under-appreciated intelligence agent working for Control, a top-secret protection agency for the USA. In a twist of fate, Smart is needed in the field and makes a glorious if not clumsy debut. Carell possesses a certain air of delicious awkwardness that allows him to pull off such characters successfully. Carell's praise aside, however, the humor was dry and awkward with some scenes.


Many settings were one-liners, meaning the audience needs to stop and think about what was said, and from there determine if it was funny. While convenient for keeping up with a fast-paced movie, this is not particularly convenient when watching an action film. The next scene would be happening and the viewer would still be pondering the joke just mentioned. But difficult humor accepted, the movie really was well made.


The director Peter Segal did carry the spy theme throughout, but kept to the Hollywood code by adding in a love interest. As an action/spy film the movie could have one without the attraction portion. Kudos to Segal, though, as he entwined the relationship history of Agent 99 (Anne Hathaway) into the plot. Which was good. And of course, the gadgets; it couldn't claim a spy theme without the infamous gadget usage.


A 25-in-1 pocketknife is one outstanding tool used by Smart, especially its poison-arrow shooter. The classic shoe-phone even made an appearance in the film; used by - you guessed it - Maxwell Smart. Roof jumping, undercover action, airplane gymnastics and rigged explosions are all a part of this classic but unfortunate re-make. Be sure to grab a buddy with whom you can watch: you'll be bored if you don't. 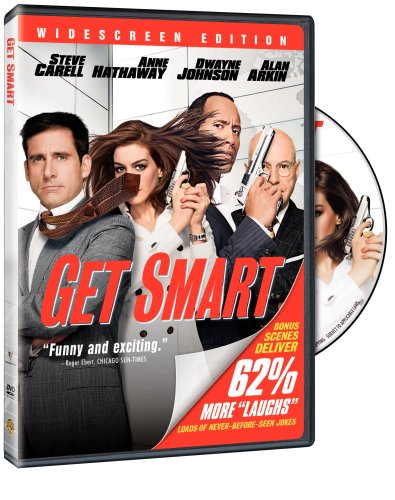