If you are a nineties kid or later, you probably had the dream of becoming a YouTube star.  Because unlike television stars or actors, becoming a YouTube sensation is all about having that one video that goes viral, a decent fan base, and soon you will be rolling in the cash. For most we stopped around one hundred, giving up on our dreams of fame, and continue on with boring old life. Some work hard to make it to a thousand, until other events get in their way and they are forced to stop. After all, how can you compete with companies like Rooster Teeth (around 8 million subscribers) who have a whole corporation in Austin, working on professional movies, and hold their own conventions in Australia and the United States?  Or even worst Smosh, two guys messing around in front of a camera now have 22 million subscribers, two theater grade movies and so many sub channels it is hard to keep track. The top of the charts is PewDiePie, with 53 million subscribers, you can say his paycheck is not small. Still, we know who these people are, and unlike real Hollywood stares these Youtubers know that without us they will never have happened, with many thanks and an inside scoop to their lives, it feels as if we fans truly know them. Where times have changed, alternating the social ladders of fame, the new generation is prepared to rule the world through, as the age of the Millennials are coming into power.

Frances is a studying machine. Not only does she not need sleep (or very much), have a social life, as all she needs is her textbooks and an hour of relaxing time at night. Frances had two personalities: school Frances and then real Frances. School Frances was what everyone saw: Head Girl, top of her class, well on her way to Cambridge, the top university in Britain to get her masters or doctorate in English Literature. She was the type of girl who quietly ate her lunch, and when her friends were going to the bar would quietly shake her head no, saying she has to go home and study. Real Frances had a personality, a face behind the study machine, the Tumblr girl who drew fan art for her favorite podcast: Radio Silence.  With her Monster Inc. leggings, her fuzzy hoodies, Radio Silence were her secret. A twenty minute long podcast about Radio and his life as a university student in this dystopia universe where he (or she as it never states if Radio was a boy or girl) fights off monsters, and write letters to their love February Friday (who also is not assigned a gender). The voice of the podcast changes too, from a low tone or high, even the Creator (as what they are nicknamed) is not assigned to a gender. As a person who is bisexual, Frances liked the idea of gender not being introduced, and Radio as well as February Friday can be a part of the LBGT movement that is taking place worldwide.

On the one night school Frances did go out with her school friends was the night she carried a drunk Aled home to her bed. Aled Last was her next-door neighbor, the twin brother of a girl, Frances once had a crush on: Carys, before Frances forced her to run away from home. Aled, the top student of another school, was a year ahead of Frances, but was seen often at their school as he was best friends with the head boy, Danial. From his Barbar jacket, his jokes and his laugh, Frances and Aled became best friends. Introducing the real Frances to the world, Aled gave her friendship, one she had never experienced before. “And I’m platonically in love with you”, was what Aled said to Frances one night, knowing that they made a friendship to last. An added bonus, that Aled was the Creator of her podcast, and with her being the first fan, he met, they worked together, adding France’s fan art to the show as well as making Radio a sidekick Toulouse (Frances). Radio Silence has been gaining subscribers like mad, increasing the fandom with one drawback: people were desperate to find out who they were. Aled life would be over if people found out he was the creator, and Frances has been using Toulouse as her name since she had access to the internet; which means it would be easy to track her down. With gaining popularity, Frances feels the tension of trying to figure out what she wants to do in the future, keep Aled secrete safe, and gain the courage to tell Aled she was the reason his sister left, hoping against hope to Aled will keep her in his life after all that she has done.

Alice Oseman was known for her Solitarie novel series, a book kind of like this one. Oseman is really getting to this generation of fandoms, Tumblr, blogs and podcasts, things that mean almost nothing to some, and everything to others. Where the writing at times was slightly below average, Oseman characters made up for that with so much personality and detail they were leaping off the page. She goes into depth of family abuse, not being able to show your true self, as well as sexuality from all sides of life. Content wise this book is fair, with a plot that movies along, side plots as Frances tries to figure out who Aled labeled February Friday if he was Radio Silence. The ending was cute, giving the whole thing a nice wrap up, and overall a pleasant read. As study machine Frances take on the world, she soon realizes that there are better things that studying, and more options out there for her than university, it just takes someone else to open her eyes and see the world as it truly is. 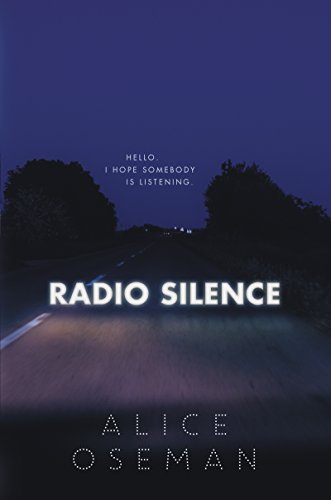