In a world where females had only one option: marriage. To be wed is the only way they can ensure they will be taken care of for the rest of their life, along with their parents if the girl has no brothers. For most this is okay, as their future husband is kind and cares for them in a way no one else has. Some it is a match made in heaven, and have girls throwing themselves at their potential suitor. In the cities highest aristocrats was a man and his three daughters: Lena, Asenka and Yeva. Lena was already spoken for, a merchant's son who she is desperately in love with. Asenka knew she might never find love, with an illness at birth, it left one of her legs crippled, but even as she hobbles about she is one of the best doctors the city has ever seen. Yeva was the beauty of the three. The youngest, her nickname Beauty stuck with her from birth until Yeva was given as her official name. Her father's favorite, the one thing she wants more than life is to be a hunter, and not a housewife.

Yeva was not like the other girls. Were they wanted to hang out with the baronesses, wanted to talk about fashion and boys, Yeva looked out the window longing for the woods. It has been years since she went hunting. When her father gave up the woods, for their mother, he used to take her out hunting with her, even giving her own child size bow to use. Soon he realizes his little Beauty was no longer a child, took her bow away and introduced her to the society. When Solmir, a respectable man, who loves hunting just as much of Yeva, proposed to her, asking her to be his wife, his hunting partner, the mother of his children, the thought of that life with Solmir made Yeva bulk up. Yes, she wanted to go hunting, more than anything, but to be a wife? A mother? These are things that Yeva never saw herself in the role of.  When her father’s hunting dog comes back alone, after weeks of her father being away Yeva knew what she had to do. Taking her bow and her dog, Yeva went to find the beast who harmed her father, determining to kill it, if it is the last thing she will do.


The Beast was always watching. From the young man, to the older one, and then finally her. “She moves like Beauty” as he watches her hand, looking for him. Something about her brought the humanity back to him, knowing that she would be the hunter to kill the monster he could not fine. “Spring had not come into the wood, but it was coming to the Beast’s heart. And at the same time, she hardened her own”.  From her invisible friend, to her captor, the beast allowed his Beauty to believe the worst of him, after all it was his own human feelings that were keeping her locked up.

Meagan Spooner took the classic tale of Beauty and the Beast, and twisted the tale as old as time into a modern thriller novel as Yeva was no Bell. Spooner kept the writing sharp and fast pace, and where you saw what could have been a romance from our Beauty and the Beast, she changed it so all all times Beauty was out to kill the Beast. The ending is not shocking, as she did get the ending of the tale right. Where Solmir is a much better Gaston, his ending makes you smile too. Where many people criticize the story of Beauty and the Beast, it is nice to see from Yeva perspective of why she stayed and why she may have returned (and it is not Stockholm syndrome). It is a battle to the death, and Yeva is faced with the biggest game of her life; the monster who killed her father, kept her from her sisters, and made her fall in love with, it is Beauty vs. the Beast, winner takes all. 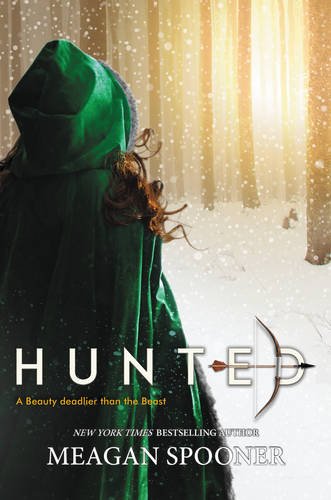 It is Beauty vs. Beast, winner takes all