Wait for Me by Caroline Leech | Teen Ink

Wait for Me by Caroline Leech

The human species is full of light and love, but also destruction. People first realize this when the first World War stuck out. The pointless battle had countries picking sides, fighting all across Europe, showing what true destruction humans are capable of. The motto was ‘Never Again’, never again the world going to be split in two, never again was a war going to shake the planet to its very core. For a few years, it worked, or at least people thought it did. See countries spent those years rebuilding their cities, forming stronger alliances, and now knowing what was to come, building up their military. One of the countries that lost the worst was Germany. A strong European country, they were on the losing side, and had to pay back to repair the countries they have damaged. This caused poverty all across the nation for years, making it no surprise when a young man speaks to a crowd, telling them how they can be a zenith nation once again, and having the finger to point at, someone to blame. Adolf Hitler rose to power, turning the nation into Nazi Germany, drafting people into his army as they started the Second World War. It is 1945, the end of the war, as historian knows it, is coming soon, and let us hope with that, it would bring the boys home, safe and sound.

Lorna’s family owns a farm in Scotland, so her life, when she’s not studying, consists of never-ending farm chores. With her mother dead (died when she was younger) that just left herself, her father and her two older brother John Jo and Sandy. Sadly, both of them are somewhere in Europe fighting the Germans, which just leaves herself and their father to pick up the slack. They had the farm help Nellie, a girl sent over from London to pick up the work the men left behind, and Mrs. Mack, their maid, who is basically the mother of the family, who’s been there since Lorna’s mother died fifteen years ago.  As far as Loran was concerned, life on Craigielaw was fine, and was going to be until her brothers came back. The government, on the other hand, had a different idea. The non-threating prisoners of war from Germany that they had were sent to work on the farms from dawn till dust, which the truck will take them back to the prison and lock them up. How was Lorna going to explain to John Jo that the enemy was attending the cows, the same enemy, he was fighting was on his farm wearing his clothes. Where the other farms got sick, broken men, their prisoner was young and fit, besides that half his faced was lost due to a grenade, Paul Vogel was the best farm hand they could have gotten. Reluctantly Lorna grew close to Paul, who wanted to be friends, but Lorna wanted more. “In those moments, it hadn’t mattered to her who he was – her father’s farmhand, a German prisoner, the enemy, a friend - all she knew that he understood and he cared that she was hurting”.  In loving the enemy Lorna has to risk it all, choosing between her love, vs. the society and what she was supposed to be.

Caroline Leech wrote a heart throbbing train wreck of emotion of this historical fiction. There are thousands of historical fiction of World War Two, after all it was one of the worst moments in human history, effecting so many different people in different ways.  The first time Lorna talked to Paul she called him a Nazi. In a way it was true, the Nazi’s were a political party currently holding government, and he was in their army. Yet like most Germans (the ones that are not herd from often) he did not stand for what his country was fighting for, but when the General comes to your door and tells you that you got drafted, well you are in the army now. when Lorna’s brothers volunteered to join the Allies, Paul just wanted to go home to his mother and sister. Lorna starts to fall for the boy behind the solider, and no matter how hard she tries she cannot stop. Yet this was not the only love story Leech focused on, but the one of clueless Nellie, and what might have happened to the girls in Europe when the American’s came to help the Allies out. William, the town leader’s son and his controlling hold on Iris, who was being bullied not just by William but Lorna as well. Leech’s writing is best kept in a contemporary style, with at times the Scottish voice speaking out, and overall a good speed. Lorna’s guilt drives her to make terrible decisions, and in a way her heart does too. With the end of the war, rising around them, Lorna has to choose, between her family and the enemy. 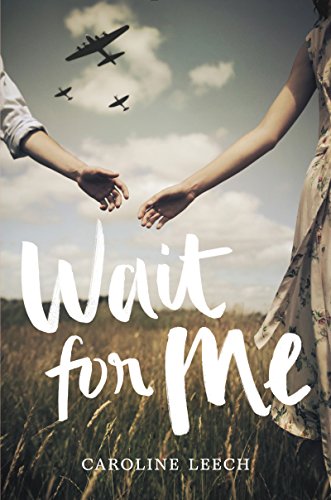 Loyalty and family, this World War Two story will make you see a different side to the war.