There is nothing worse than losing someone you love. Whether you break up, they abandon you, or they may even die, you feel as if part of you always left with them. Turning every funny memory, you had of them blue, ever night darker, as you stay awake at night imagining all those conversations you had, or could have, playing across your mind. It is worse with death because in some cases you had done nothing wrong and there was no amount of reasoning to bring them back into your life.

Janie Mason lives with her two parents in their cozy Hawaii shack. Where every day Janie and her dad track sand in from the beach, talk about surfing over breakfast, as her mom kissed her dad and laid out eggs and pancakes. Her dad would show tourists the “big island” they lived on, and spend evenings with Janie on the waters. Kaila (Janie’s best friend) attend school together along with the dozens of other kids on the island, all of whom have been brought up together. Had life been perfect? No, not even close. Her parents worried about money all the time, but never batting an eye when signing Janie up for surf competitions (she usually won those). Tourist would look at her family strange as her white father and Filipino mother dancing and kissing in public (although most people on the island are from biracial families). When her father crashes the helicopter killing himself and his wife instantly, Janie was left parentless and alone. Following her parents will her lawyer, he shipped her off to San Francisco to live with the Rochester, a close family friend that her parents never mentioned and she never met. With nothing left for her on the island, Janie had no choice but to leave.

There was something strange going on at the Rochester mansion. From the empty rooms, dark corridors, the whole gothic feel to it. How dinners are formal and cold, how Nicholas (the youngest) eat his meals in the kitchen along with the maid, Almir. Marion (the mother) hates Janie on the spot, even Georgina (the daughter, one year older than Janie) does not like here. Only Richard (the father) seemed to like her, and Nicholas is happy to have someone to play with. Richard was apparently best friends with her father during boarding school and college, but lost track after he moved to Hawaii with her mother. The worst part was not only the fact she now attends a snobby rich kid school, she no longer lived in sunny Hawaii, but foggy San Francisco, but the noise that kept her up at night. Screaming. Crying. Scratching noises came from the attic each night, keeping Janie wide awake. Where the others pretend to not hear it, Janie knows she is not imagining it, or going crazy. Putting on her Nancy Drew hat, Janie is determined to find the source of the noise, and while at it discover the truths the Rochester are trying to hide.

A gothic version of Jane Eyre, is done fabulously by Michelle Gagnon, who takes this gothic horror story and adds a twist of romance, and dull it down with simple English for young adults. Janie is a strong, heroic girl determined to find the truth without letting her guard down. If only her romance skills were better! Daniel felt flat most of the time as his “secret” was not that bad, and his “concerns” for Janie also felt somewhat unreal most of the time. In the end it was Janie fault, but Daniel overreacted to even the simplest things Janie did in a negative way. John was the same way. The black sheep in the family, his motives were more confusion as ever given to his flip-flop feelings for his family. Still, he kept by Janie (well he tried) as much as he could, given some life to his 2D character. But the horror and suspense were what drove the story. A real “mad man in the attic” feel as you had no idea what was coming next. With this mismatch of a family, money to spare (or was it running out) and secrets hidden in every corner, follow detective Janie as she finds out the truth from this high society family. 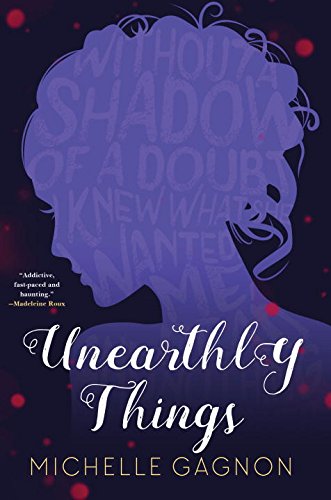 Jane Eyra with a gothic twist set to modren day