The world had four countries: Lera, Vallos, Olso and Ruina. Like most worlds these four countries do not get along. Lera demand war against Ruina, by uniting Vallos and Lera by marriage. Ruina is in ruins as their country leader was killed, and the citizens hunted. Ruina look for Olso for help, yet Olso is in it for the gain, but not the sacrifice. In a world where politics, war and marriage ruled the lands, love seemed to find no place in the matter.

Emelina Flores was born with nothing. Sure, her mother was the Queen of Ruina, her little sister Olivia meant the world to her, yet in a country where everyone had powers, Em did not. Em was born without any powers. Not a one, leaving her mother, Wenda Flores, disappointed. Yet Wenda still loved her powerless daughter as she told her this one day: “Stop worrying about what you don’t have and start focusing on what you do. Make people tremble when they hear your name. Fear is your power.” Nerveless the throne had a successor as Olivia, who had developed extraordinary powers, but Em was always going to be her trusted adviser. Life was planned out well for the Flores family, until the King of Lera decided the citizens of Ruina are the enemy and must be destroyed. With her mother dead, sister in prison, and father killed in front of her by Princess Mary, Em decided to act. Instead of hiding, Em acts by making her best friend Damian the leader of the Ruians for now, as she conducts a plan to rescue her sister and save her country. The plan is simple, but deadly if it goes wrong. Em must kill Princess Mary, who is off to marry Price Casimir of Lera, and pretend to be her. Once married, Em will find out where they are keeping Olivia, kill Casimir along with his family, and flee Lera. They allyed with the Olso kingdom, as they will takes over the country during Em’s flight. The risk is if Em is found out not to be Mary she will be executed on the spot. Yet for Oliva, it is a risk Em is willing to take. The risk of finding her soul mate, never crossed Em’s mind.

Cas was not pleased to be marrying Mary. After all he had never met the girl, but the day after she arrives, they are supposed to be wed. The decision was not up to him, but to his parents, who believed allying the two countries would help them fight the Ruians better. They even made the poor girl kill the Ruina king, who was Wenda Flores’s husband, in order to prove her worth. When Mary arrived, she took Cas’s breath away. She was not beautiful, in the normal way, yet her looks were stunning, and her ideas made Cas see a different view of life. She did not hate the Ruians, even though they killed her parents. Cas’s father always told him: “Always assume everyone is lying. Don’t trust anyone except those closest to you. You have a tendency to see the good in people, and IO admire that, but it will destroy you. I promise you it will.” But how could he not treat Mary? Before Mary, he only had Galo, his guard, but also his closest friends. But why should he not trust his wife? Cas was angry to get married, but after all his parent could not have chosen better than Mary, or does he mean Em?

Amy Tintera started this series off with a bang. With a war torn world, each country must pick a side: Stand with the Ruians, or kill them all? The plot was not that unique as it was the good old “I pretend to be someone else and used you, but then I fell in love with you” storyline as Em and Cas were forced to get married, where Em was pretending to be Mary, yet fell for each other, as Em slipped up, and Cas also felt that in them vs. the Ruians, that they were the dangerous ones.  The story had an interesting ending as Oliva does not seem like the sweet younger sister Em made her out to be, defiantly made out to be a trilogy. With Em has an uncommon love for Cas, and Cas wants to rule the kingdom differently than his father, these two lovebirds royals had a difficult path to follow as they have to choose between being lover, or enemies. 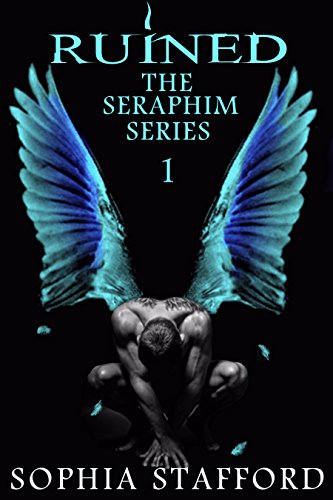 A world ruled by four counties who are at war with eachother.