The Last Place on Earth by Carol Snow | Teen Ink

The Last Place on Earth by Carol Snow

What happens when your best friend suddenly goes missing without a word? For Daisy Cruz, it is alarming to say the least. She’s known Henry Hawking and he would have told her. Plus his security-obsessed parents would have taken more precautions before leaving town, Daisy knows as she sees the newspaper pile up in front of Henry’s house, which only further indicates a problem. Desperate for answers, she breaks into Henry’s house and finds a mysterious note written by Henry that says “SAVE ME.” Putting the puzzle pieces together, Daisy rushes off into the wilderness blindly in hopes to find Henry. But what she finds, not only changes what she knows about Henry, it changes her view of the world.


There are many apocalyptic novels, but The Last Place on Earth by Carol Snow offers a more realistic interpretation. Although it falls under the fiction category, Snow uses her imagination to create a realistic situation that can happen to today’s society, which adds to the intensity of the story. Overall, the story is very captivating and catches the reader’s attention quickly. Each page turned offers some new twist, which only makes the reader feel as disoriented as Daisy as she discovers her new world.   For those interested in apocalyptic novels, The Last Place on Earth by Carol Snow is a must-read! 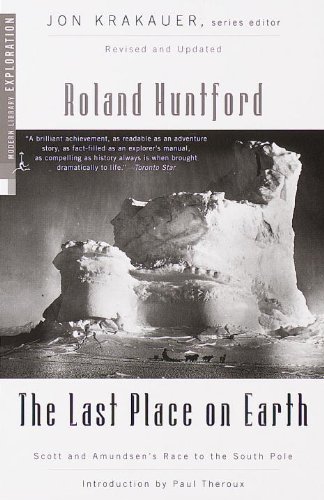