Working his way through a job that he dreads at a Laundromat, Kaz walks the line between adult and teenager. With his mother suffering from a rare sleep disorder, he has to provide for her, himself, and his little sister, Nomi. In the meantime, he is saving his money in hopes to send his mother to a clinic to get the medical help she needs. He seems to have everything planned out, until pink-haired Zoey attracts his attention from the window. People turn away from Zoey and her weird music, but Kaz finds himself thrilled by the mysteriousness. Unfortunately, the closer he gets to Zoey, the more he questions everything she says.


The book, Blues for Zoey by Roert Paul Weston, is a quick read. First, I wish that the book focused on a real medical condition. There are so many medical problems out there, without having to make up ones, to promote awareness. From an author’s perspective, I understand it limits creativity, but in the case of this book it did not really hit home for me. Instead, it made me yawn with the clichés. Second, I wish Kaz was a stronger independent character. It seems with his family life falling apart, he is desperate to find someone, so when Zoey enters his life he latches on too quickly. Third, I wish Kaz was not so naïve.


Due to his naivety, Kaz’s situation can be spotted from miles away. Something about this Zoey just did not add up. Desperate for a miracle and wishing for things to get better, Kaz is blind to the signs that are evident to the reader. In the end, he learns that not everyone is to be trusted, no matter how beautiful their music may sound.


I definitely think that Blues for Zoey has potential. The love interest was very one-sided as seen from the beginning so it felt underdeveloped the whole time. The ending proved to be the best part as it is when things heated up in such a quick pace. Overall,  I give it 3/5 stars, because the story itself was interesting, but did not have all the qualities to truly take my breath away. If you are interested in music, I highly recommend as the music on the pages will not only fill your ears, but also pull on your heartstrings. 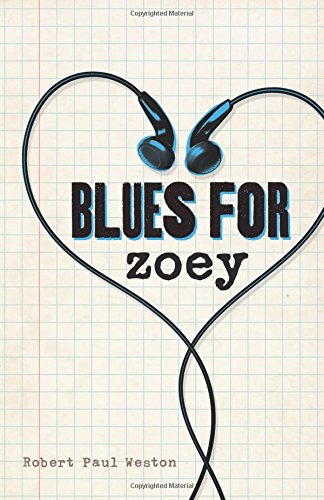